Termination of Emergencies With Respect to Yugoslavia and Modification of Executive Order 13219 of June 26, 2001

Termination of Emergencies With Respect to Yugoslavia and Modification of Executive Order 13219 of June 26, 2001

I, GEORGE W. BUSH, President of the United States of America, have determined that the situations that gave rise to the declarations of national emergencies in Executive Order 12808 of May 30, 1992, and Executive Order 13088 of June 9, 1998, with respect to the former Socialist Federal Republic of Yugoslavia, have been significantly altered by the peaceful transition to democracy and other positive developments in Serbia and Montenegro (formerly the Federal Republic of Yugoslavia (Serbia and Montenegro)). Accordingly, I hereby terminate the national emergencies declared in those orders and revoke those and all related orders (Executive Orders 12810 of June 5, 1992, 12831 of January 15, 1993, 12846 of April 25, 1993, 12934 of October 25, 1994, 13121 of April 30, 1999, and 13192 of January 17, 2001). At the same time, and in order to take additional steps with respect to continuing, widespread, and illicit actions that obstruct implementation of the Ohrid Framework Agreement of 2001, relating to Macedonia, United Nations Security Council Resolution 1244 of June 10, 1999, relating to Kosovo, or the Dayton Accords or the Conclusions of the Peace Implementation Conference Council held in London on December 8-9, 1995, including the decisions or conclusions of the High Representative, the Peace Implementation Council or its Steering Board, relating to Bosnia and Herzegovina, including the harboring of individuals indicted by the International Criminal Tribunal for the former Yugoslavia, and the national emergency described and declared in Executive Order 13219 of June 26, 2001, I hereby order:

Section 1. Pursuant to section 202 of the NEA (50 U.S.C. 1622), termination of the national emergencies declared in Executive Order 12808 of May 30, 1992, and Executive Order 13088 of June 9, 1998, shall not affect any action taken or proceeding pending not finally concluded or determined as of the effective date of this order, or any action or proceeding based on any act committed prior to such date, or any rights or duties that matured or penalties that were incurred prior to such date. Pursuant to section 207 of IEEPA (50 U.S.C. 1706), I hereby determine that the continuation of prohibitions with regard to transactions involving any property blocked pursuant to Executive Orders 12808 or 13088 that continues to be blocked as of the effective date of this order is necessary on account of claims involving successor states to the former Socialist Federal Republic of Yugoslavia or other potential claimants.

“Section 1. (a) Except to the extent provided in section 203(b)(1), (3), and (4) of IEEPA (50 U.S.C. 1702(b)(1), (3), and (4)), and the Trade Sanctions Reform and Export Enhancement Act of 2000 (Title IX, Public Law 106-Start Printed Page 32316387), and in regulations, orders, directives, or licenses that may hereafter be issued pursuant to this order, and notwithstanding any contract entered into or any license or permit granted prior to the effective date of this order, all property and interests in property of:

(i) the persons listed in the Annex to this order; and

(A) to be under open indictment by the International Criminal Tribunal for the former Yugoslavia, unless circumstances warrant otherwise, or

(B) to have committed, or to pose a significant risk of committing, acts of violence that have the purpose or effect of threatening the peace in or diminishing the stability or security of any area or state in the Western Balkans region, undermining the authority, efforts, or objectives of international organizations or entities present in the region, or endangering the safety of persons participating in or providing support to the activities of those international organizations or entities, or

(C) to have actively obstructed, or pose a significant risk of actively obstructing, the Ohrid Framework Agreement of 2001 relating to Macedonia, United Nations Security Council Resolution 1244 relating to Kosovo, or the Dayton Accords or the Conclusions of the Peace Implementation Conference held in London on December 8-9, 1995, including the decisions or conclusions of the High Representative, the Peace Implementation Council or its Steering Board, relating to Bosnia and Herzegovina, or

(D) to have materially assisted in, sponsored, or provided financial, material, or technological support for, or goods or services in support of, such acts of violence or obstructionism or any person listed in or designated pursuant to this order, or

(E) to be owned or controlled by, or acting or purporting to act directly or indirectly for or on behalf of, any person listed in or designated pursuant to this order, that are or hereafter come within the United States, or that are or hereafter come within the possession or control of United States persons, are blocked and may not be transferred, paid, exported, withdrawn, or otherwise dealt in.

(b) I hereby determine that the making of donations of the type specified in section 203(b)(2) of IEEPA (50 U.S.C. 1702(b)(2)) by or to persons determined to be subject to the sanctions imposed under this order would seriously impair the ability to deal with the national emergency declared in this order, and hereby prohibit such donations as provided in paragraph (a) of this section.”

“Sec. 7. For those persons listed in the Annex to this order or determined to be subject to the sanctions imposed under this order who might have a constitutional presence in the United States, I have determined that, because of the ability to transfer funds or assets instantaneously, prior notice to such persons of measures to be taken pursuant to this order would render these measures ineffectual. I therefore determine that for these measures to be effective in addressing the national emergency declared in this order, there need be no prior notice of a listing or determination made pursuant to this order.

Sec. 8. The Secretary of the Treasury, in consultation with the Secretary of State, is authorized to determine, subsequent to the issuance of this order, that circumstances no longer warrant inclusion of a person in the Annex to this order and that such person is therefore no longer covered within the scope of the sanctions set forth herein. Such a determination shall become effective upon publication in the Federal Register.”

Sec. 6. Nothing contained in this order shall create any right or benefit or privilege, substantive or procedural, enforceable at law or in equity by any party against the United States, its agencies or instrumentalities, its officers or employees, or any other person.

Sec. 7. This order is effective at 12:01 a.m. eastern daylight time on May 29, 2003. This order shall be transmitted to the Congress and published in the Federal Register. 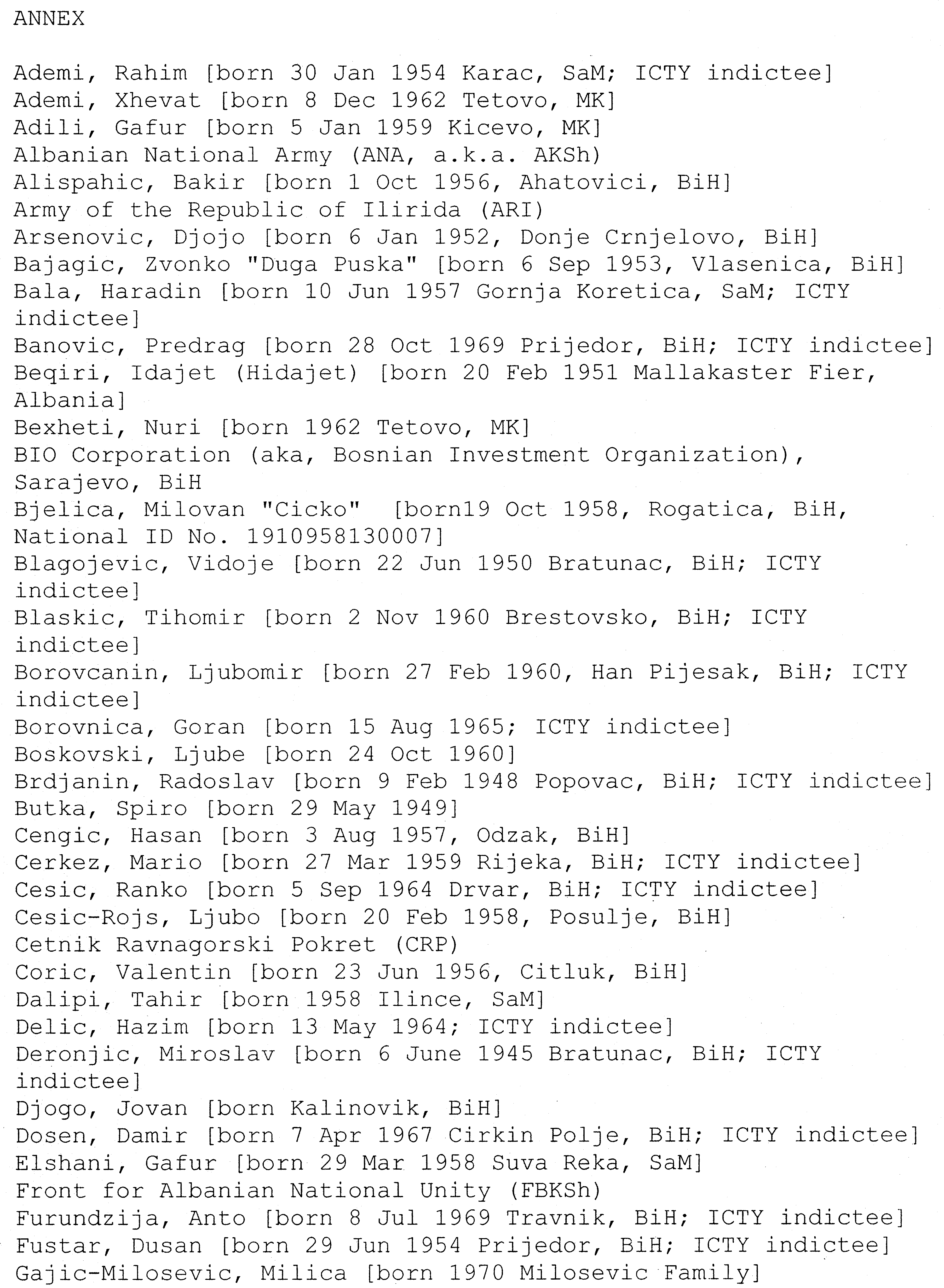 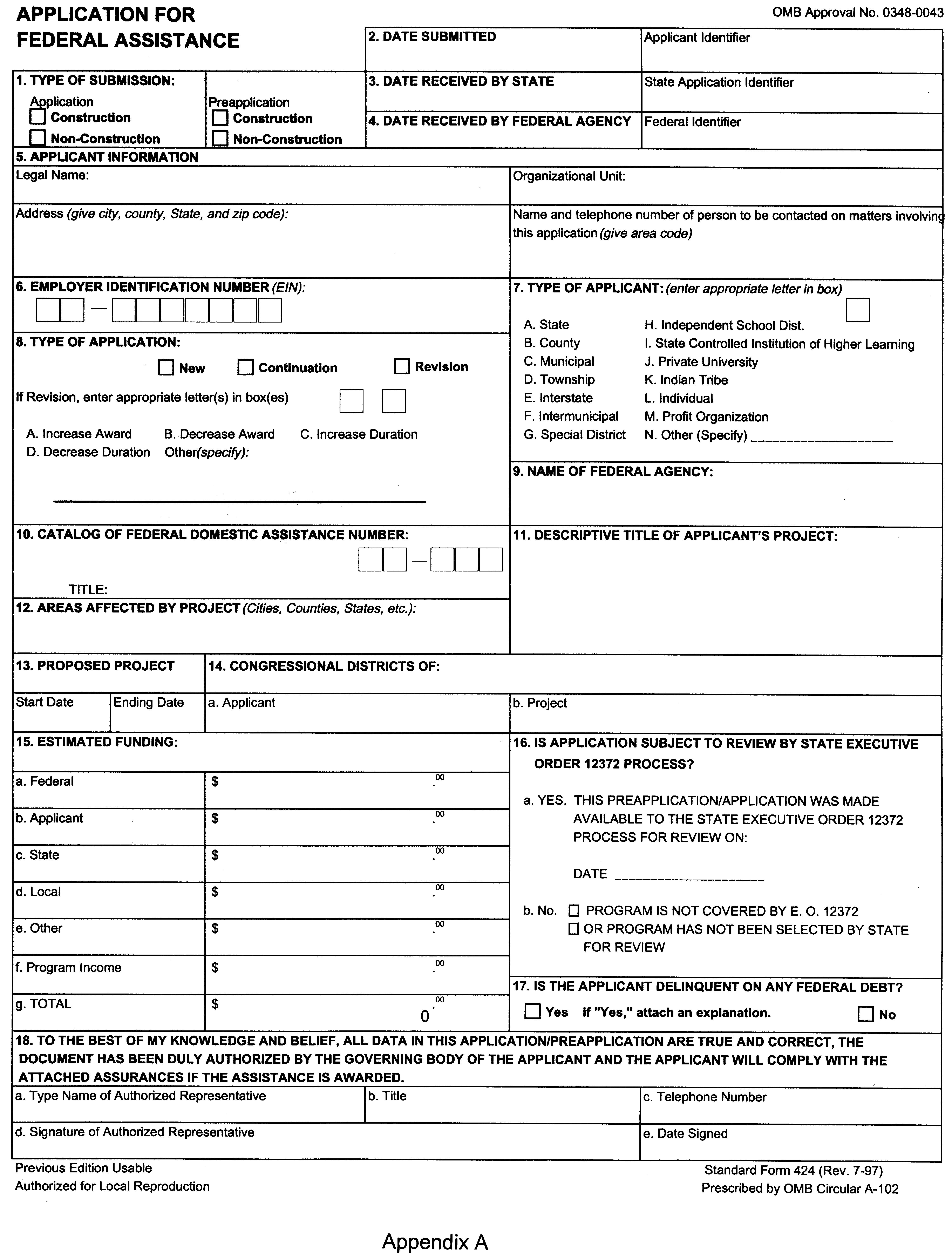 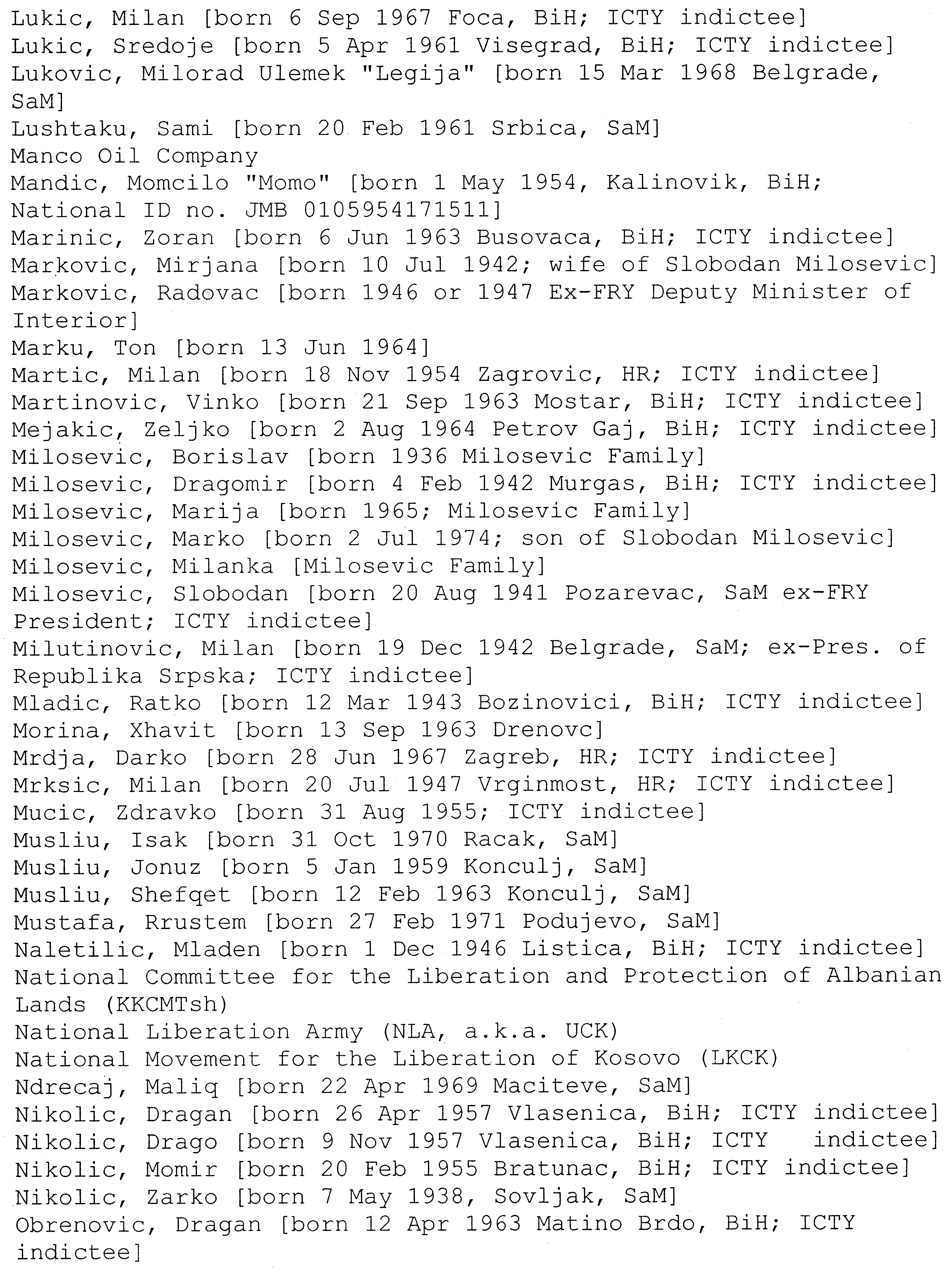 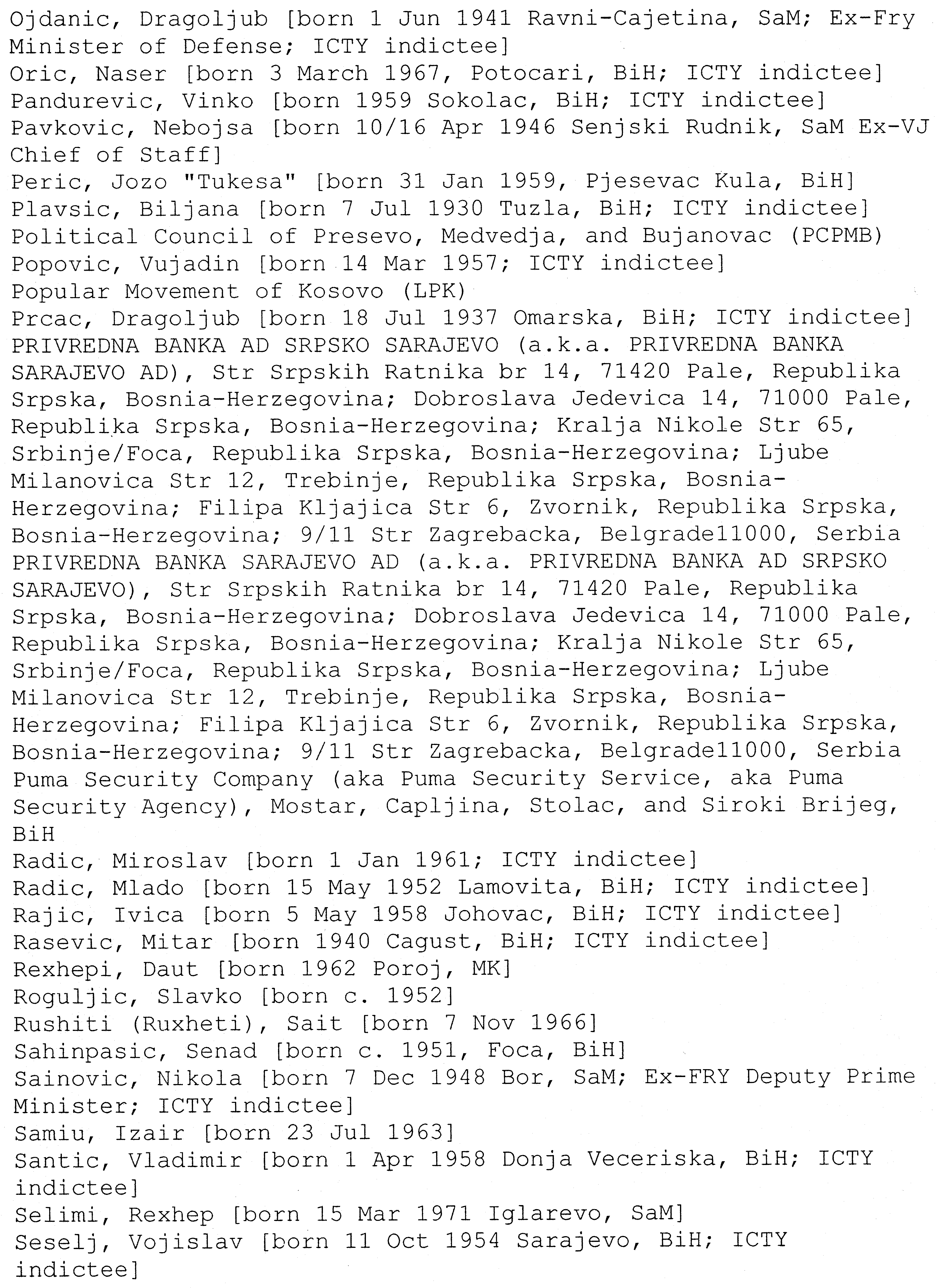 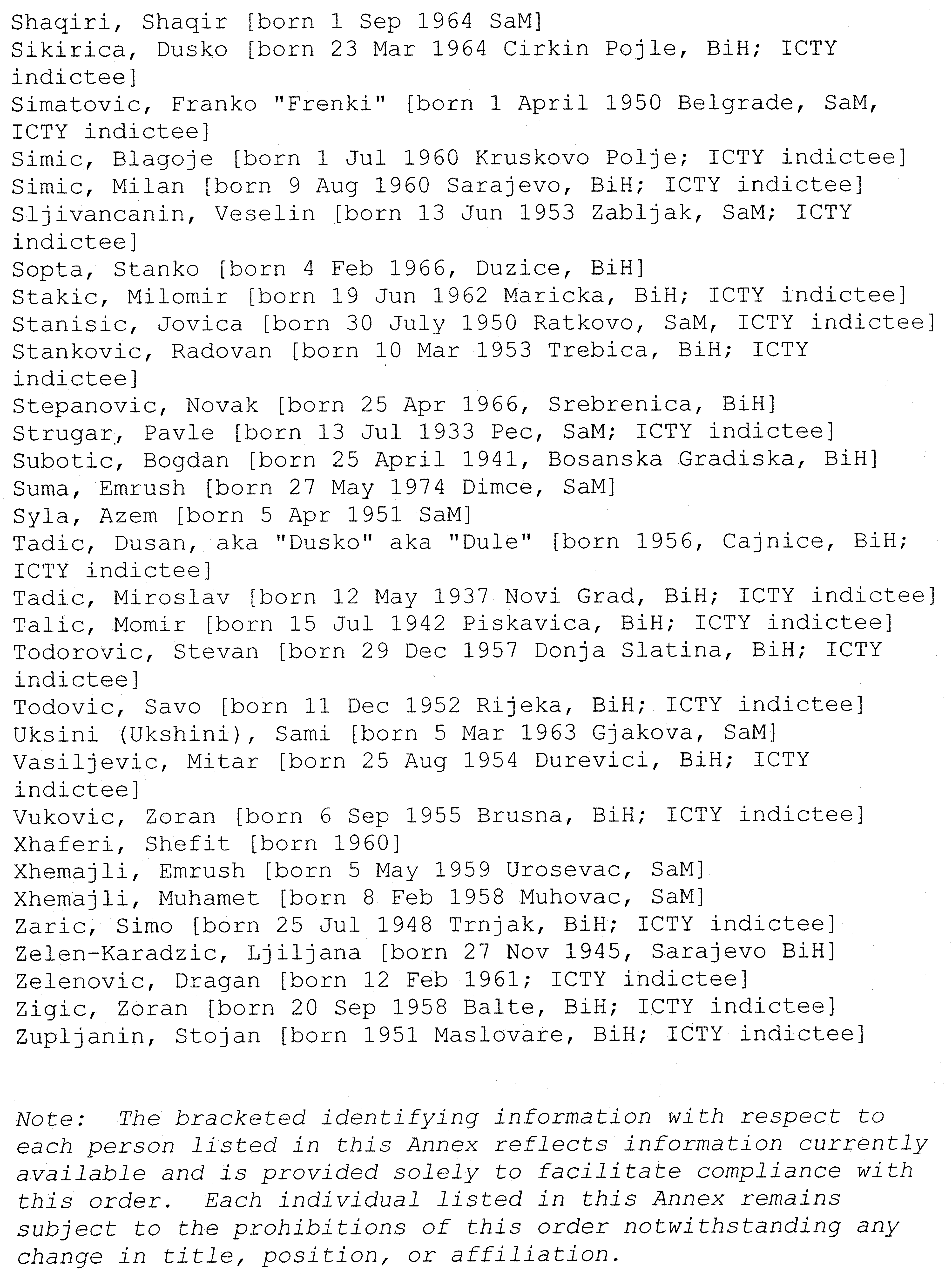