This correcting amendment is effective May 13, 2014.

The Assistant Administrator (AA) for Fisheries, NOAA, finds that pursuant to 5 U.S.C.553(b)(B), there is good cause to waive prior notice and an opportunity for public comment on this action, as notice and comment would be impracticable and contrary to the public interest. This notice corrects coordinates in the 2014 Limited Entry Trawl Rockfish Conservation Areas and Landing Allowances Table 1 (North) to part 660, subpart D that were inadvertently misreported in the Rockfish Conservation Area Boundaries for Vessels Using Bottom Trawl Gear final rule. This correction must be implemented in a timely manner to avoid confusion to the public likely to be caused by the errors in the table and avoid the potential for fishing in an area that was intended to be closed for conservation purposes. It would be contrary to the public interest to delay implementation of these changes until after public notice and comment, because making this regulatory change by May 13, 2014, corrects the errors and avoids confusion created by the above-referenced table and the potential for fishing in an area intended to be closed for conservation purposes. For the reasons above, the AA finds good cause under 5 U.S.C. 553(d)(3) to waive the 30-day delay in effectiveness and makes this rule effective immediately upon publication.

For the reasons set out in the preamble, 50 CFR part 660 is corrected by making the following correcting amendments:

1. The authority citation for part 660 continues to read as follows: 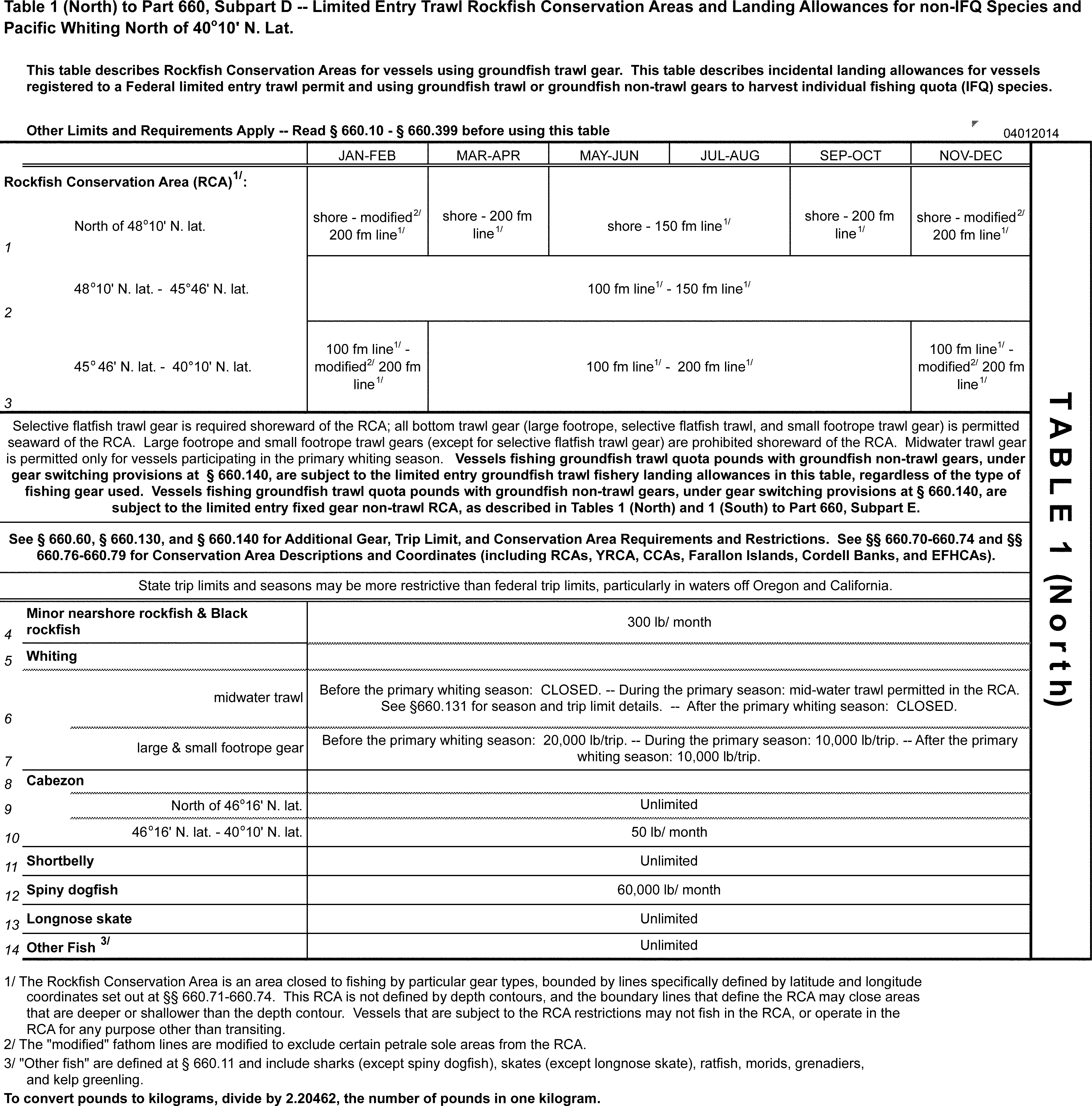