A Rule by the Defense Department, the General Services Administration, and the National Aeronautics and Space Administration on 07/14/2016

DoD, GSA, and NASA are issuing a final rule to amend five Standard Forms prescribed by the Federal Acquisition Regulation (FAR) for contracts involving bonds and other financial protections. The revisions are aimed at clarifying liability limitations and expanding the options for organization types.

DoD, GSA, and NASA published a proposed rule in the Federal Register at 80 FR 63485 on October 20, 2015, soliciting public comments on clarifying liability limitations and expanding the options for organization types on Standard Forms (SFs) 24, 25, 25A, 34, and 35. The proposed rule addressed concerns that surety bond producers may be adversely affected by differing Federal Agency views on the proper type of organization to indicate on these Standard Forms when the subject business was a limited liability company (LLC), an increasingly prevalent form of business in the construction industry. The proposed rule added a box labelled “Other: (Specify)” to the “Type of Organization” block on each of the five forms (SFs 24, 25, 25A, 34, and 35) in order to expand the range of business types to include not just LLCs, but others, as they evolve.Start Printed Page 45856

The Civilian Agency Acquisition Council and the Defense Acquisition Regulations Council (the Councils) reviewed the public comments in the development of the final rule. A discussion of the comments is provided as follows:

A. Summary of Significant Changes

There were no changes made to the rule as a result of the comments received.

B. Analysis of Public Comments

1. Support for the Rule

Comment: Three respondents expressed support for the changes, highlighting their helpfulness to the procurement process, both by reducing confusion and by promoting efficient completion of forms. Moreover, two respondents affirmed that LLCs were a common type of business within the construction industry.

Response: The Government notes the public support for this rule.

Comment: One respondent, while applauding the improvements proposed for the forms' instructions, suggested additional clarifications. The respondent noted that sureties that provide bonds must hold a Certificate of Authority, and be identified as such in the U.S. Treasury Circular 570, which sets forth the underwriting limitations for each company. Pursuant to 31 CFR 223.11, a surety bond producer may write a bond in excess of its underwriting limitation if exceptions such as co-surety arrangements or reinsurance coverages exist. The respondent's specific concern was that a contracting officer might, upon comparing the amount in the “Liability Limit” block to the surety producer's underwriting limit, reject the bond without exploring the applicability of exceptions.

Response: The Government appreciates this concern, but notes that the proposed rule included instructions that clearly differentiate between individual sureties and co-surety arrangements, and how to complete the “Liability Limit” block in each case. Additionally, the instructions refer to the Treasury's list (Circular 570). Note (b) in Circular 570 specifically addresses the relationship between penal sum (face amount) and underwriting limitations, as well as exceptions and protections (co-insurance, reinsurance, or other methods in accordance with 31 CFR 223.10 and 223.11).

Executive Orders (E.O.s) 12866 and 13563 direct agencies to assess all costs and benefits of available regulatory alternatives and, if regulation is necessary, to select regulatory approaches that maximize net benefits (including potential economic, environmental, public health and safety effects, distributive impacts, and equity). E.O. 13563 emphasizes the importance of quantifying both costs and benefits, of reducing costs, of harmonizing rules, and of promoting flexibility. This is not a significant regulatory action and, therefore, was not subject to review under section 6(b) of E.O. 12866, Regulatory Planning and Review, dated September 30, 1993. This rule is not a major rule under 5 U.S.C. 804.

There were no significant issues raised by the public in response to the Initial Regulatory Flexibility Analysis provided in the proposed rule.

The final rule applies to all entities, both small and other than small, performing as contractors or subcontractors on U.S. Government contracts that require bonds and other financial protections. The Federal Procurement Data System indicates that the U.S. Government awarded 3,495 new construction contracts that required bonds and other financial protections from October 1, 2014 through August 4, 2015. Approximately 78 percent (2,711) of the total awards (3,495) were awarded to small entities (comprised of 1,687 unique small entities).

There are no reporting or recordkeeping requirements associated with this rule. There were no significant alternatives identified that would meet the objective of the rule. However, the small entities will not be materially affected by this rule, as it simply allows all businesses to choose from a broader array of organization types.

Therefore, DoD, GSA, and NASA amend 48 CFR part 53 as set forth below:

1. The authority citation for 48 CFR part 53 continues to read as follows: 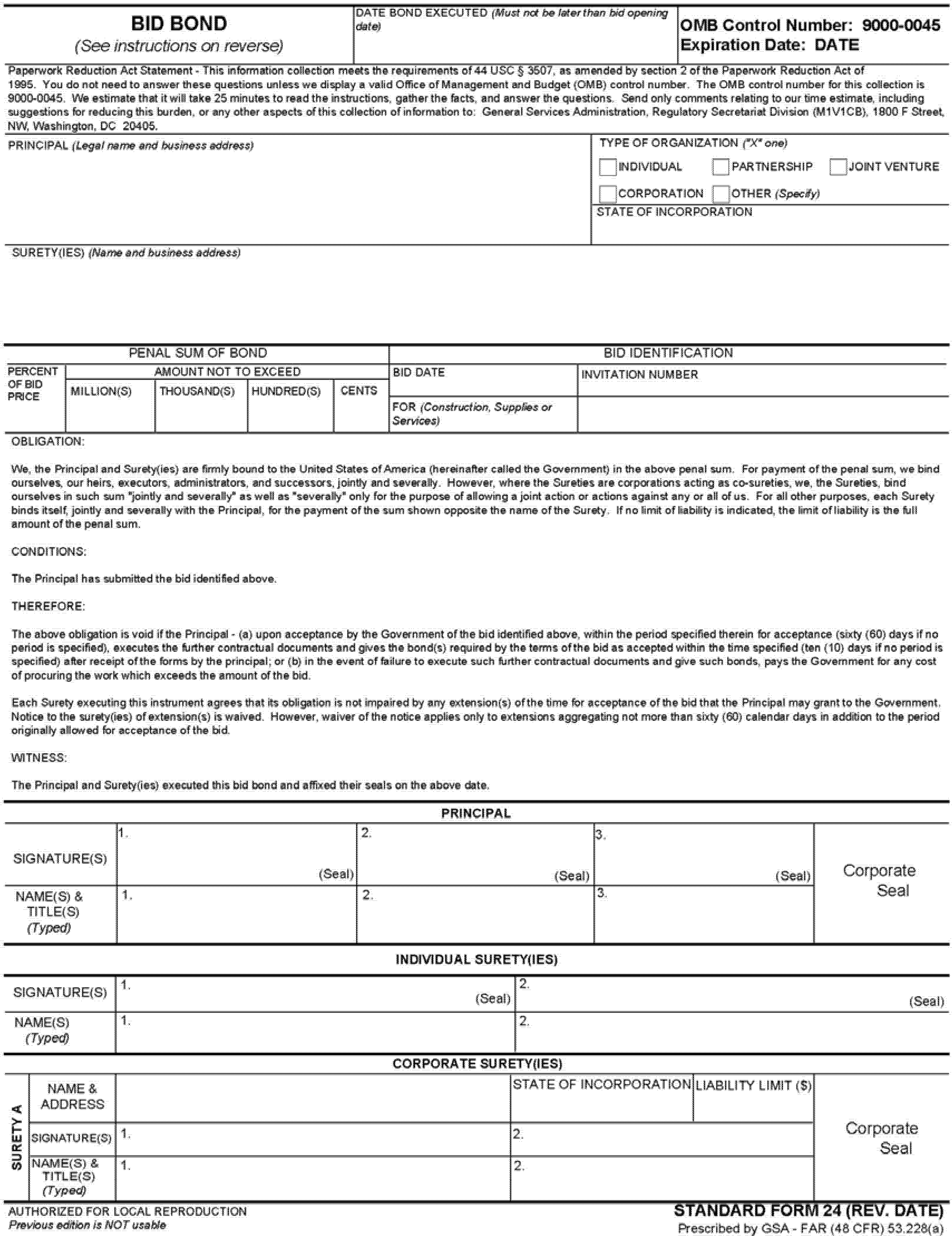 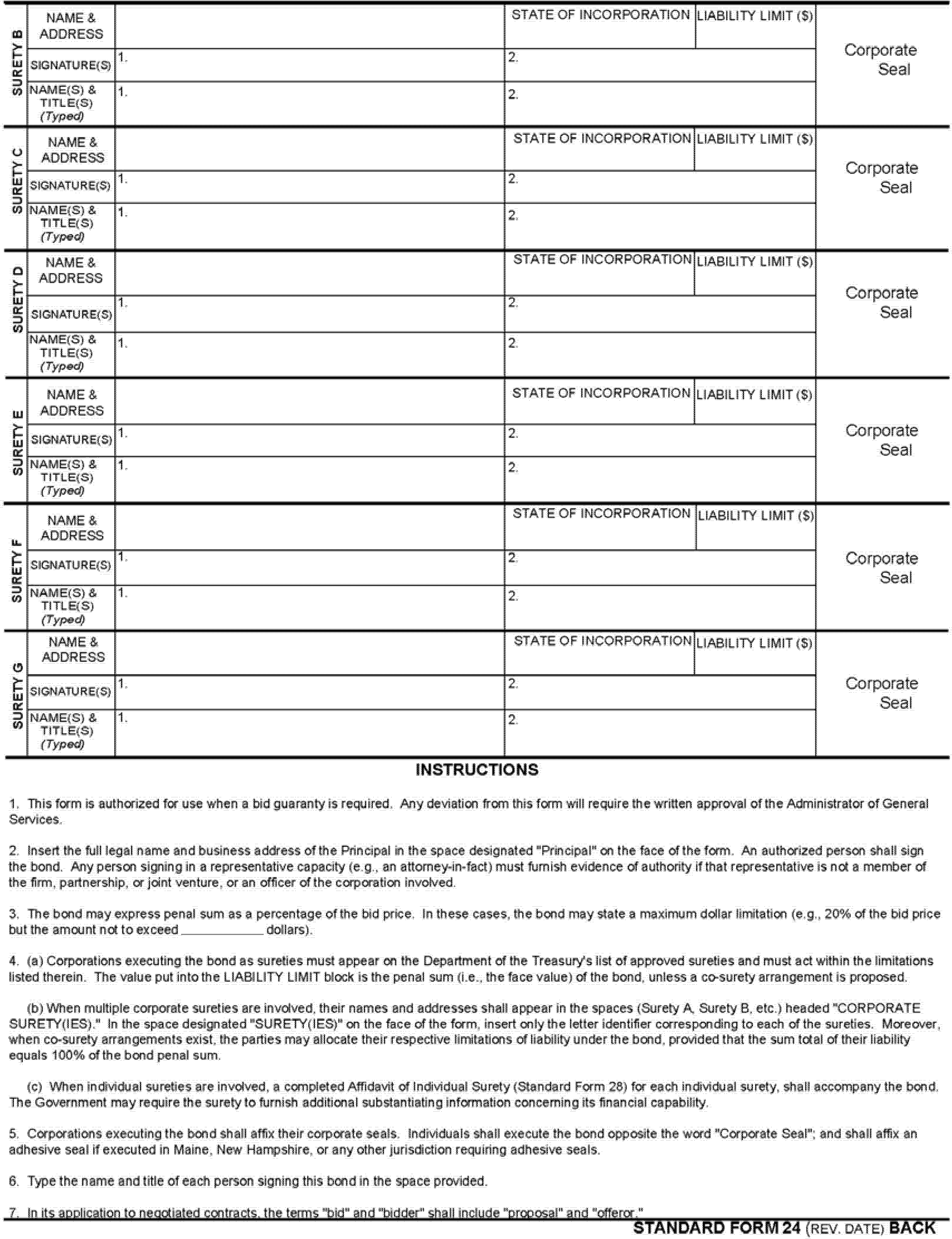 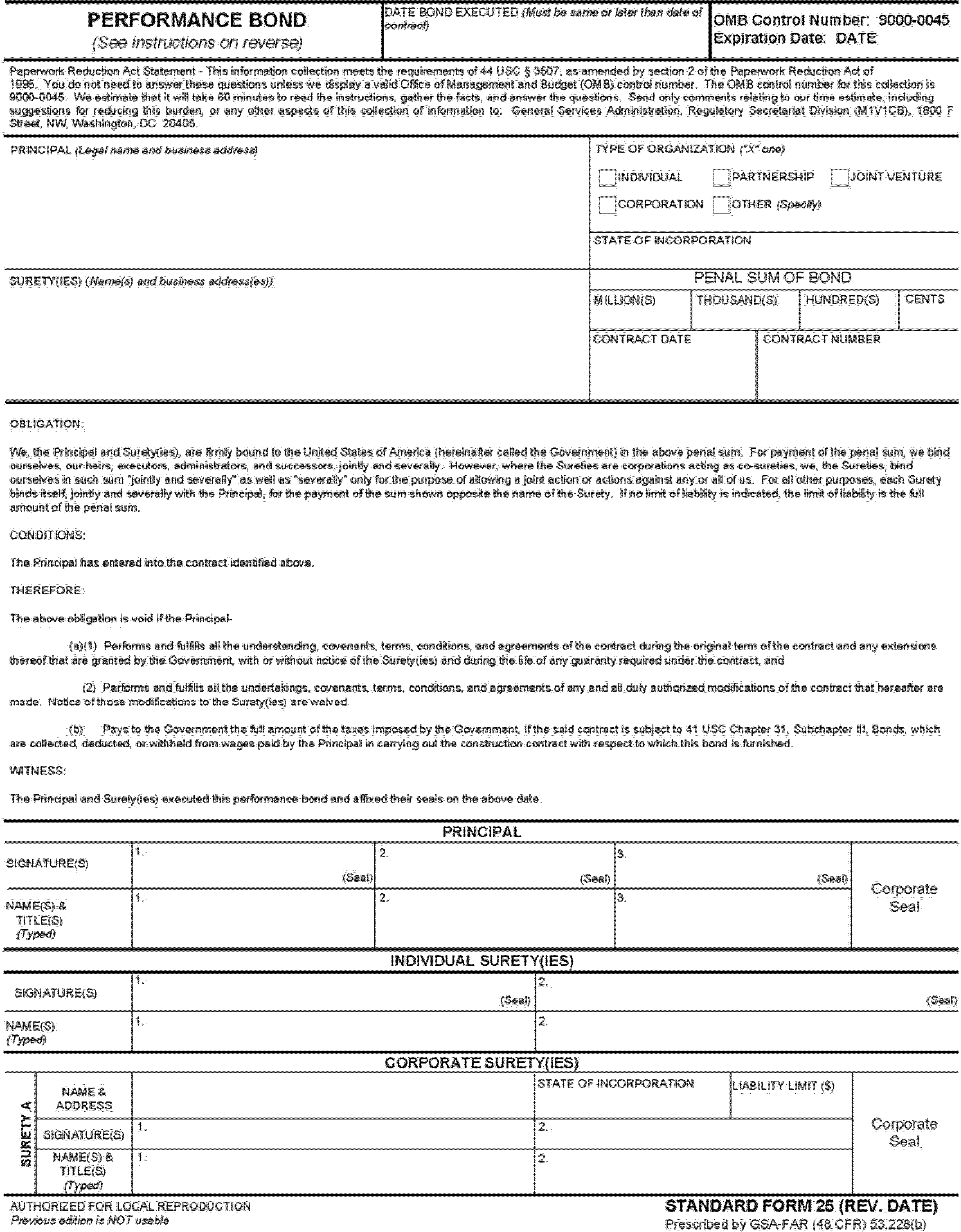 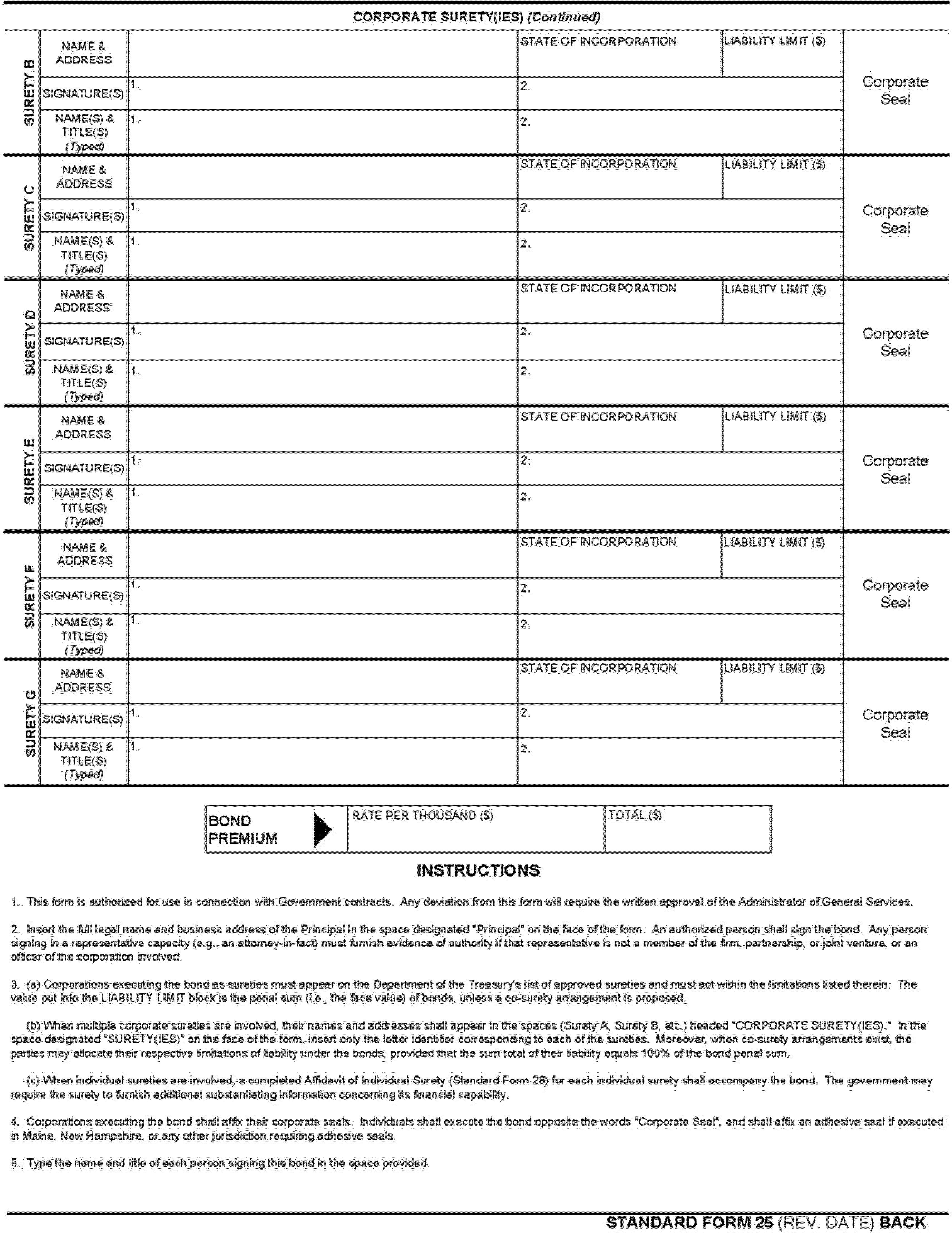 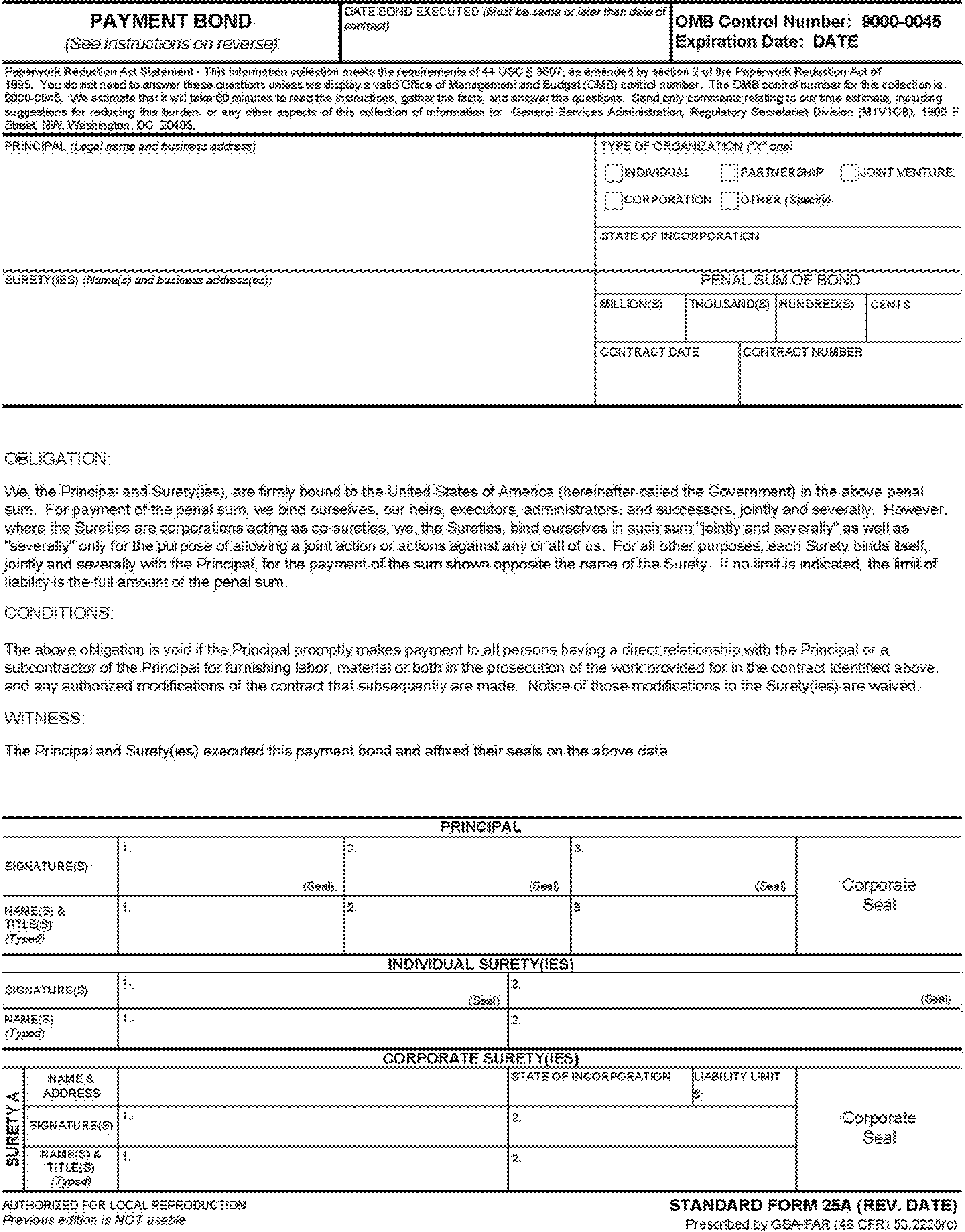 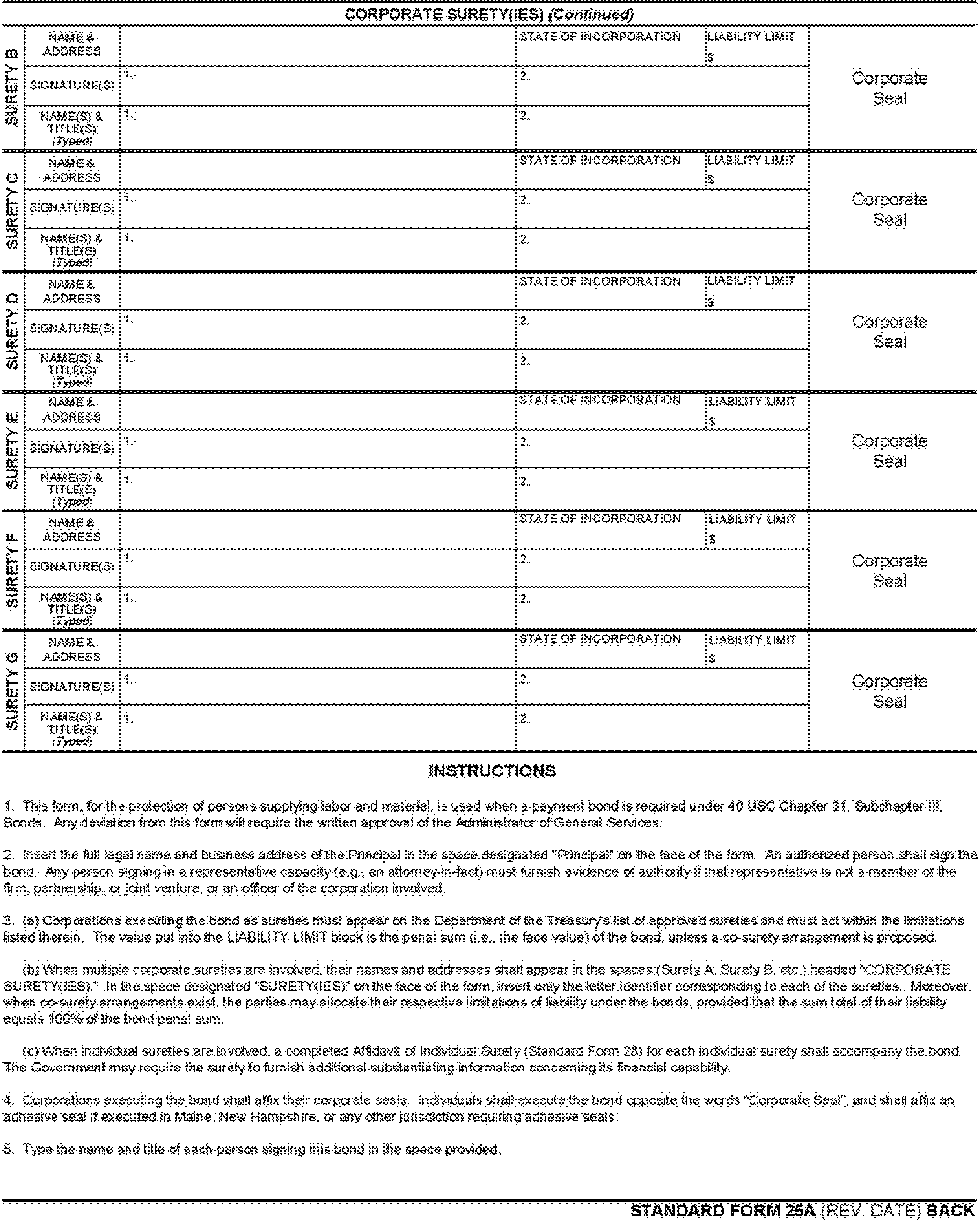 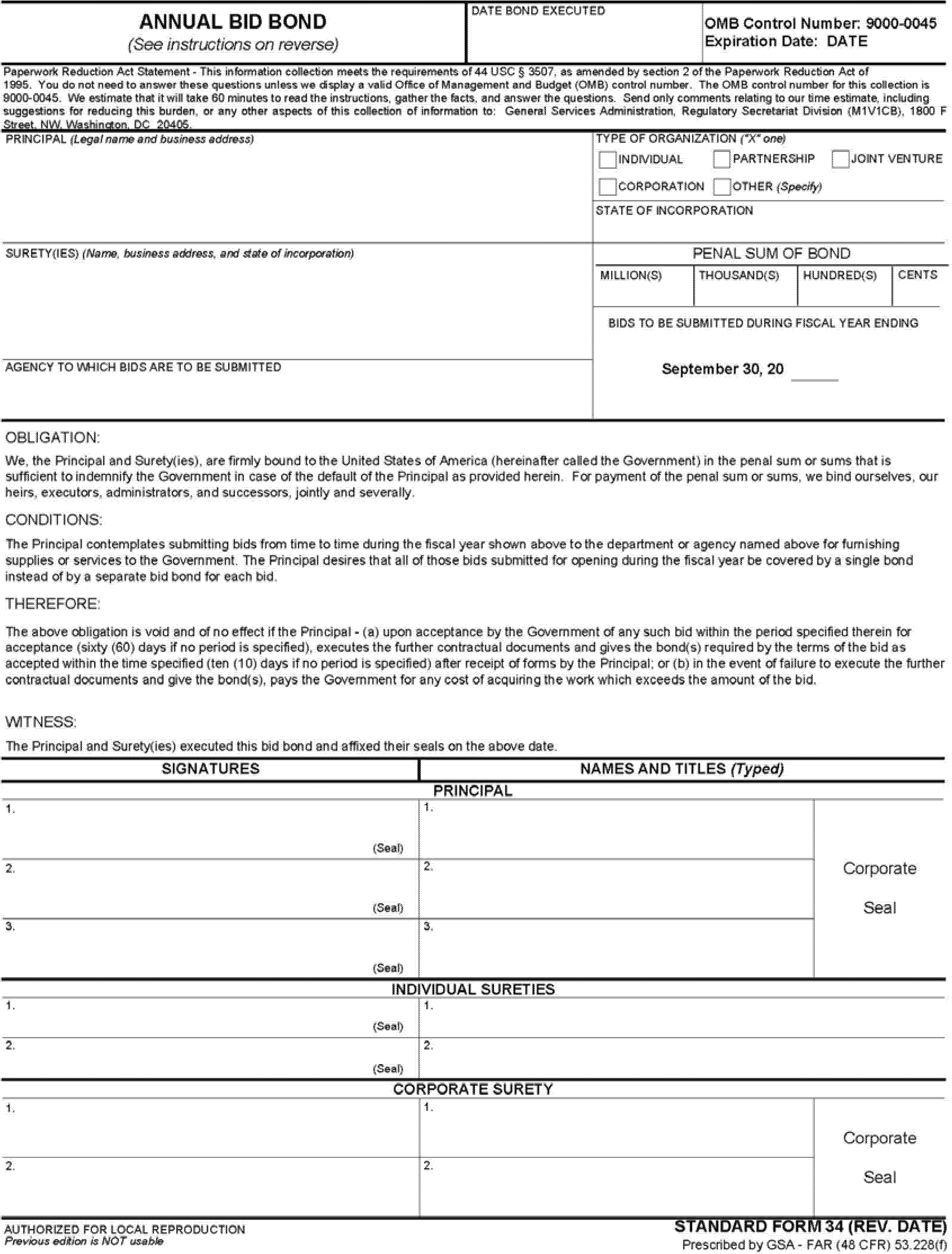 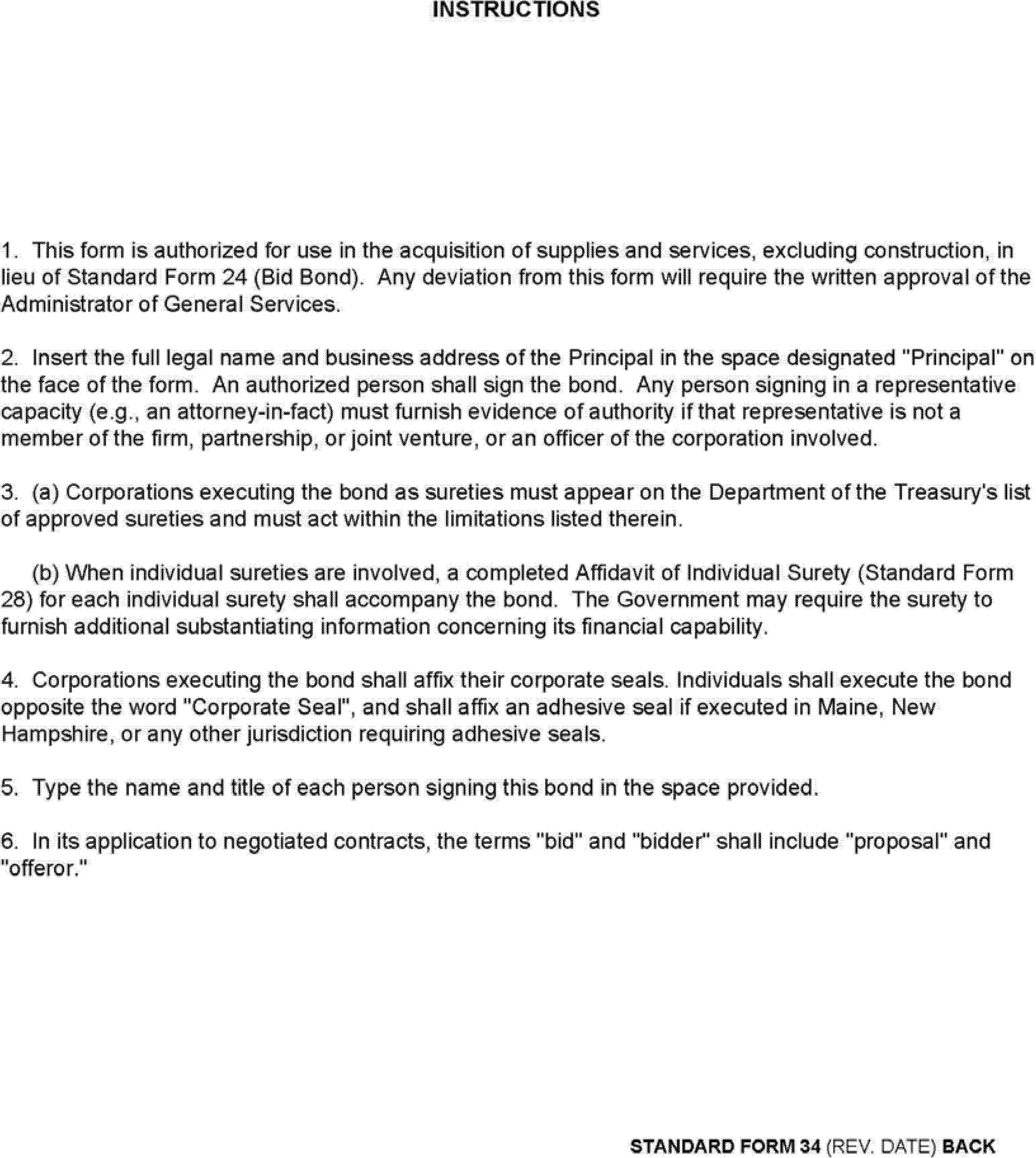 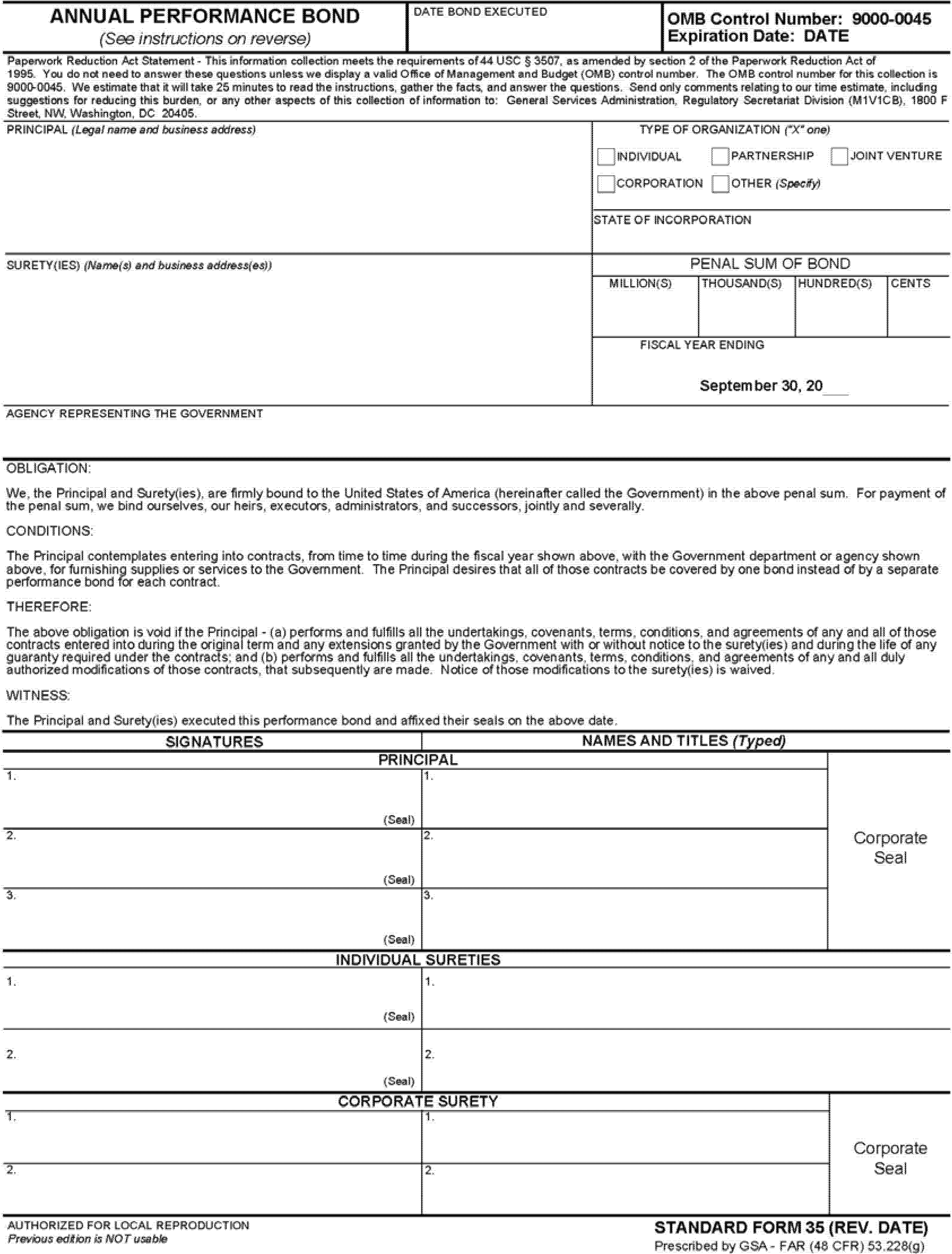 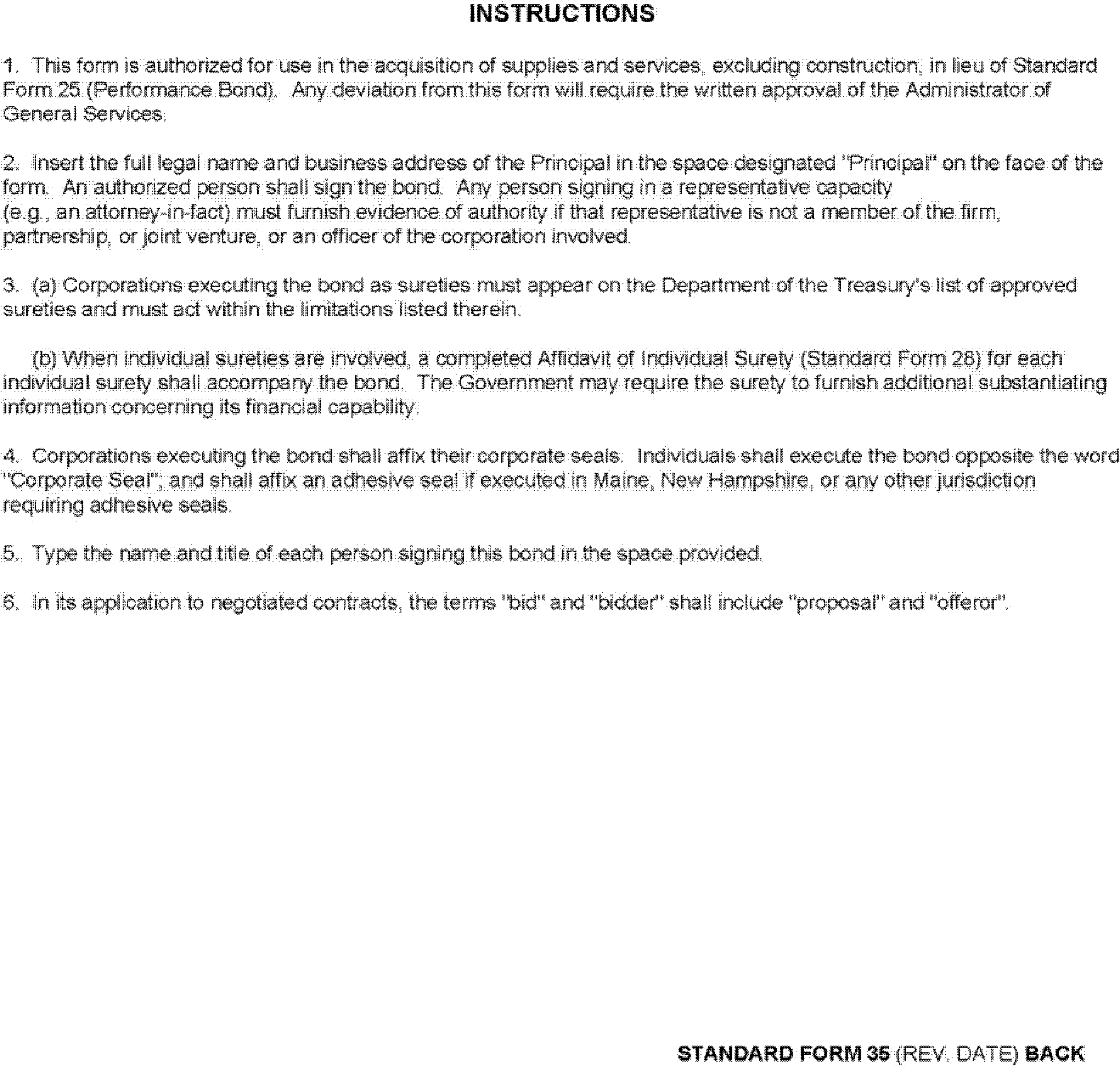