NMFS issues this notice to inform persons of their eligibility to vote and referendum voting period in the fishing capacity reduction program referendum for a second loan in the Southeast Alaska Purse Seine Salmon Fishery. NMFS will hold a series of public meetings with Southeast Alaska purse seine salmon permit holders and interested individuals.

The meetings will be held between November 14 and November 17, 2016. For specific times, please see the Public Meetings heading in the SUPPLEMENTARY INFORMATION section.

In 2012, NMFS conducted a referendum to determine the remaining fishermen's willingness to repay a $13.1 million fishing capacity reduction loan to remove 64 permits. After a majority of permit holders approved the loan, NMFS disbursed payments to the successful bidders and began collecting fees to repay the loan. Since only $13.1 million was expended from the total loan amount, $10.4 remains available. This second referendum, if approved, will result in a second loan of $5.8 million and permanently retire an additional 22 permits from the fishery.

As of October 21, 2016, there are 315 permits in the fishery designated as S01A by CFEC. These permanent permit holders are eligible to vote in this second referendum. Comments may address: (1) Persons who appear on the below list but should not; (2) persons who do not appear on the list but should; (3) persons whose names and/or business mailing addresses are incorrect; and (4) any other pertinent matter. NMFS will update the list, as necessary, immediately before mailing referendum ballots. Mailed ballots will be accompanied by NMFS' detailed voting guidance.

Comments and questions regarding any aspect of the fishing capacity reduction program are welcome.

These meetings are physically accessible to people with disabilities. Requests for sign language interpretation or other auxiliary aids should be directed to Michael A. Sturtevant (see ADDRESSES), at least 5 working days prior to the meeting date.

The following list of eligible voters was provided by CFEC on October 21, 2016: 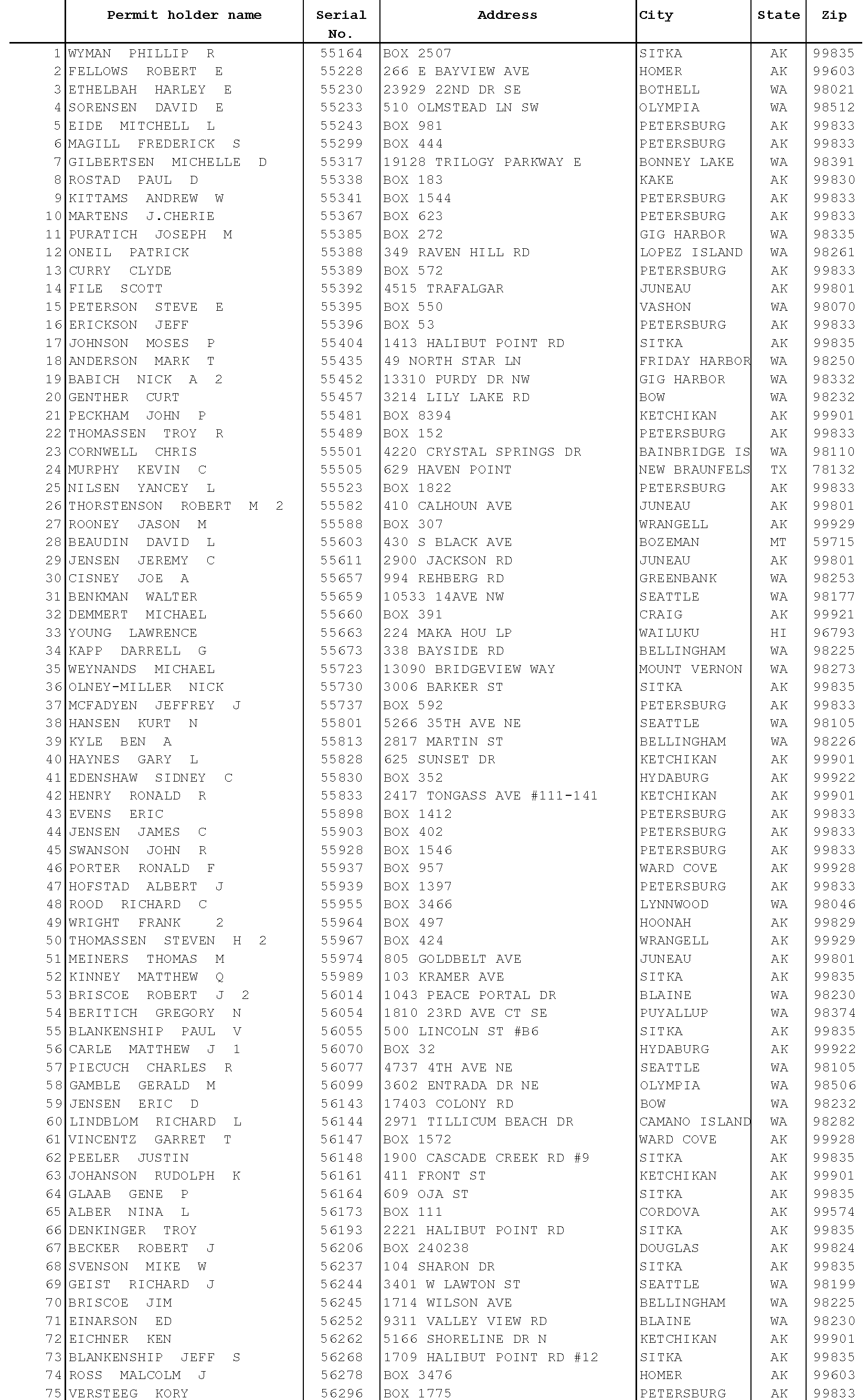 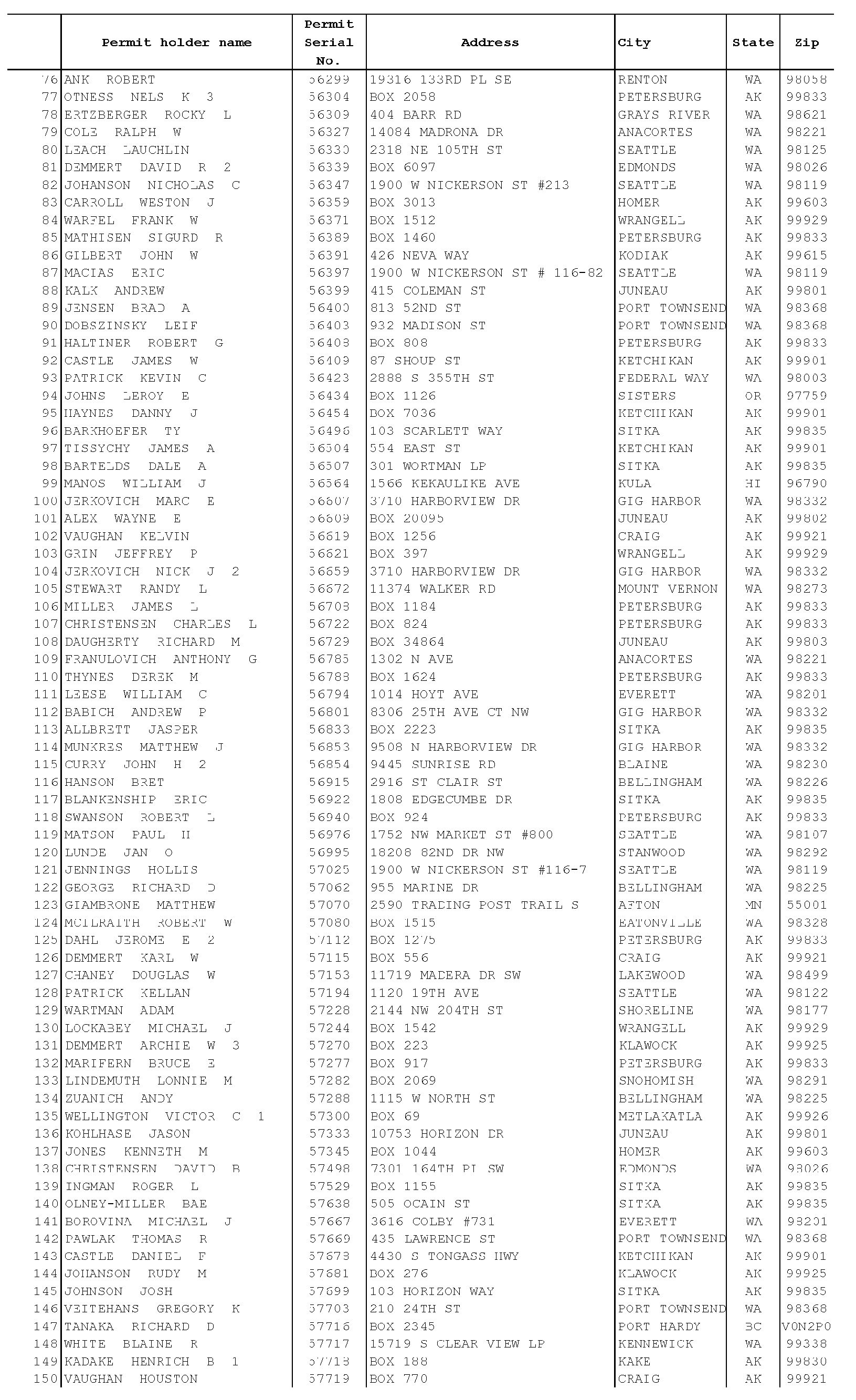 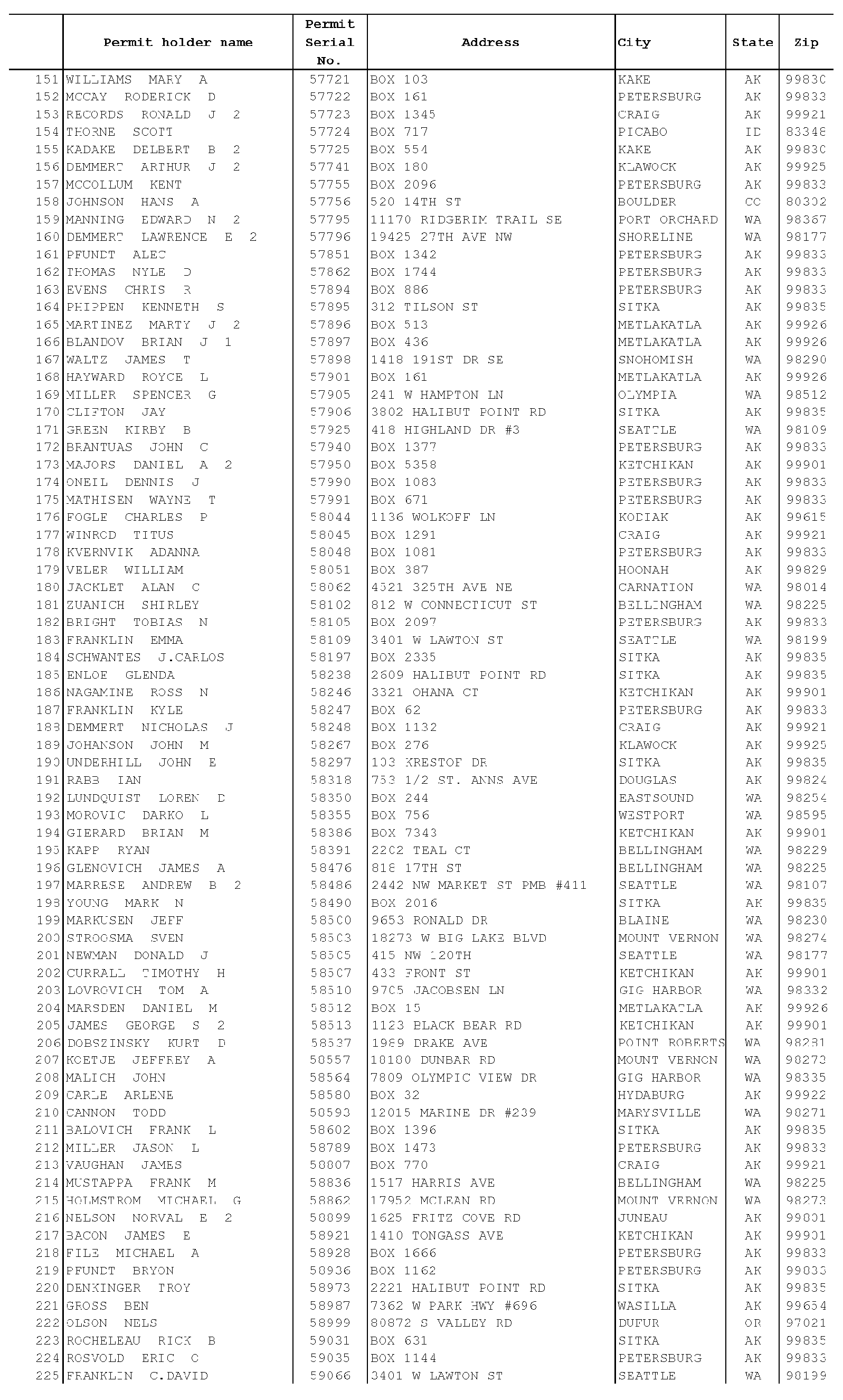 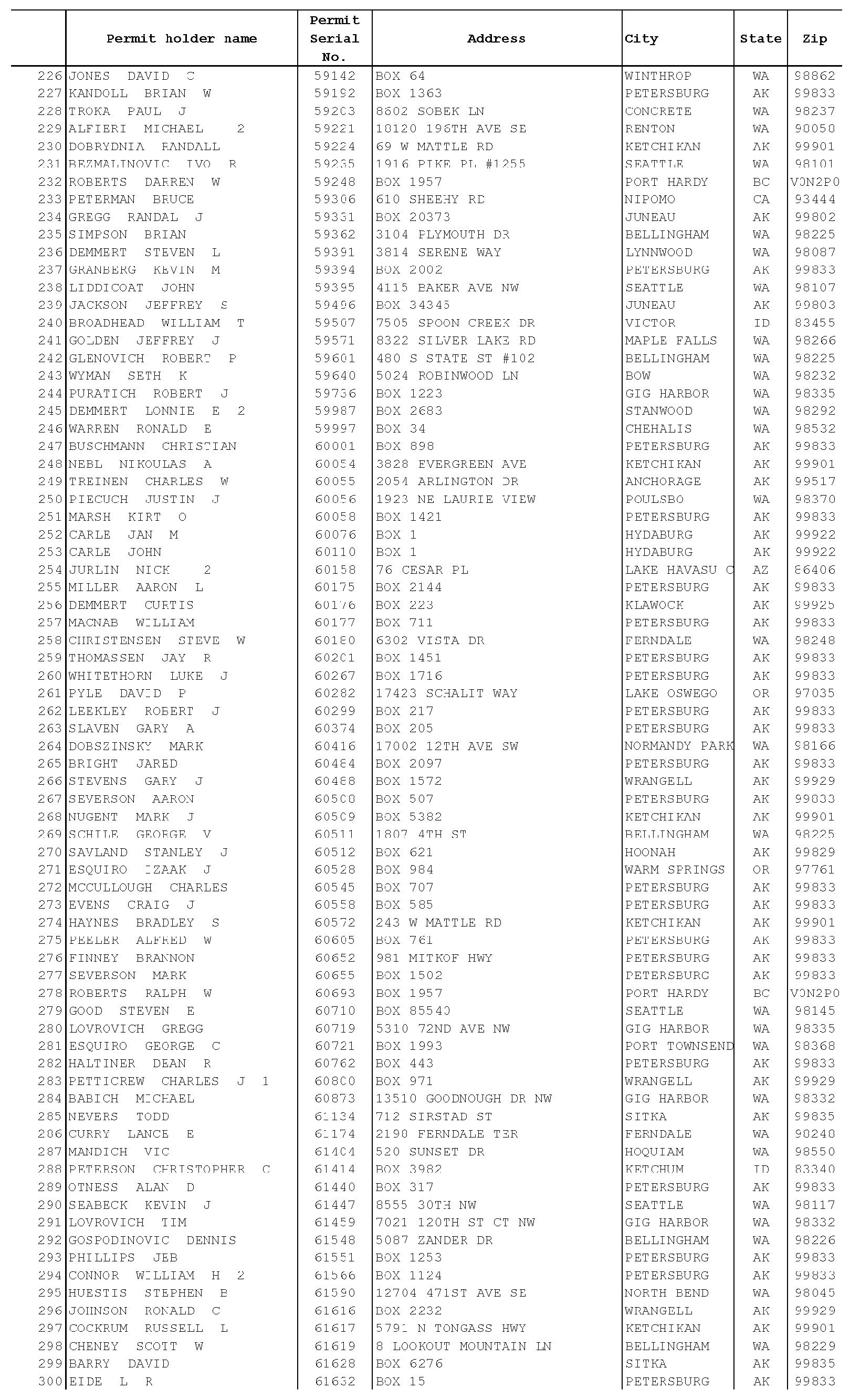