You may examine the AD docket on the internet at http://www.regulations.gov by searching for and locating Docket No. FAA-2018-0299; or in person at Docket Operations between 9 a.m. and 5 p.m., Monday through Friday, except Federal holidays. The AD docket contains this final rule, the regulatory evaluation, any comments received, and other information. The street address for Docket Operations (phone: 800-647-5527) is in the ADDRESSES section. Comments will be available in the AD docket shortly after receipt.

We are issuing this AD because we evaluated all the relevant information and determined the unsafe condition described previously is likely to exist or develop in other products of the same type design.

This AD requires revising the AFM to limit ETOPS operation.

This AD is interim action. The manufacturer is currently developing a modification that will address the unsafe condition identified in this AD. Once this modification is developed, approved, and available, we might consider additional rulemaking.

FAA's Justification and Determination of the Effective Date

An unsafe condition exists that requires the immediate adoption of this AD without providing an opportunity for public comments prior to adoption. The FAA has found that the risk to the flying public justifies waiving notice and comment prior to adoption of this rule because unrecoverable thrust loss on both engines could lead to a forced landing. Therefore, we find good cause that notice and opportunity for prior public comment are impracticable. In addition, for the reasons stated above, we find that good cause exists for making this amendment effective in less than 30 days.

This AD is a final rule that involves requirements affecting flight safety and was not preceded by notice and an opportunity for public comment. However, we invite you to send any written data, views, or arguments about this final rule. Send your comments to an address listed under the ADDRESSES section. Include the docket number FAA-2018-0299 and Product Identifier 2018-NM-060-AD at the beginning of your comments. We specifically invite comments on the overall regulatory, economic, environmental, and energy aspects of this final rule. We will consider all comments received by the Start Printed Page 16769closing date and may amend this final rule because of those comments.

We will post all comments we receive, without change, to http://www.regulations.gov, including any personal information you provide. We will also post a report summarizing each substantive verbal contact we receive about this final rule.

We estimate that this AD affects 14 airplanes of U.S. registry. We estimate the following costs to comply with this AD:

Title 49 of the United States Code specifies the FAA's authority to issue rules on aviation safety. Subtitle I, section 106, describes the authority of the FAA Administrator. “Subtitle VII: Aviation Programs” describes in more detail the scope of the Agency's authority.

We are issuing this rulemaking under the authority described in Subtitle VII, Part A, Subpart III, Section 44701: “General requirements.” Under that section, Congress charges the FAA with promoting safe flight of civil aircraft in air commerce by prescribing regulations for practices, methods, and procedures the Administrator finds necessary for safety in air commerce. This regulation is within the scope of that authority because it addresses an unsafe condition that is likely to exist or develop on products identified in this rulemaking action.

This AD is issued in accordance with authority delegated by the Executive Director, Aircraft Certification Service, as authorized by FAA Order 8000.51C. In accordance with that order, issuance of ADs is normally a function of the Compliance and Airworthiness Division, but during this transition period, the Executive Director has delegated the authority to issue ADs applicable to transport category airplanes and associated appliances to the Director of the System Oversight Division.

This AD was prompted by a report from the engine manufacturer indicating that after an engine failure, prolonged operation at high thrust settings on the remaining engine during an extended-operation (ETOPS) diversion may result in failure of the remaining engine before the diversion can be safely completed. We are issuing this AD to address unrecoverable thrust loss on both engines, which could lead to a forced landing. 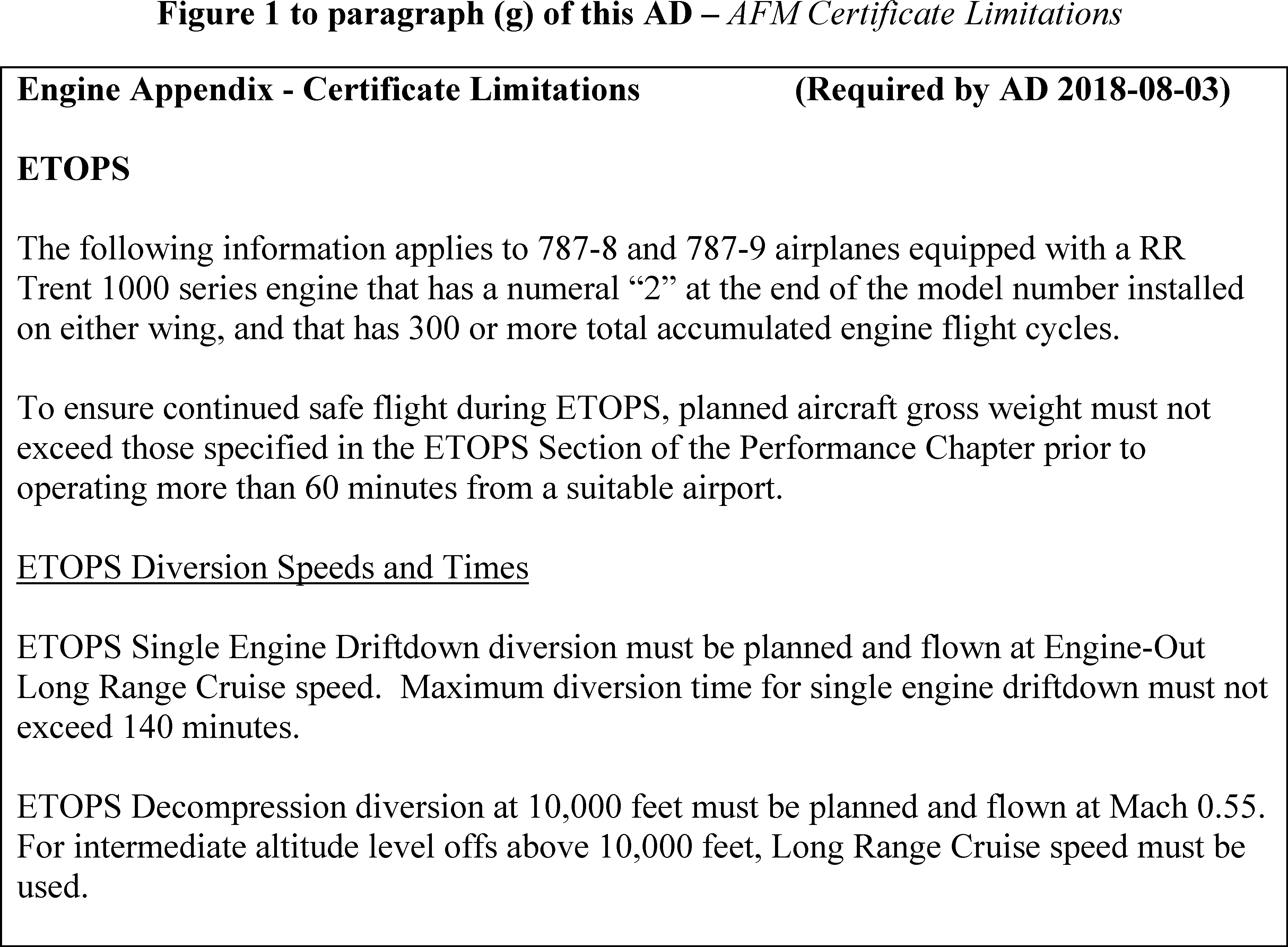 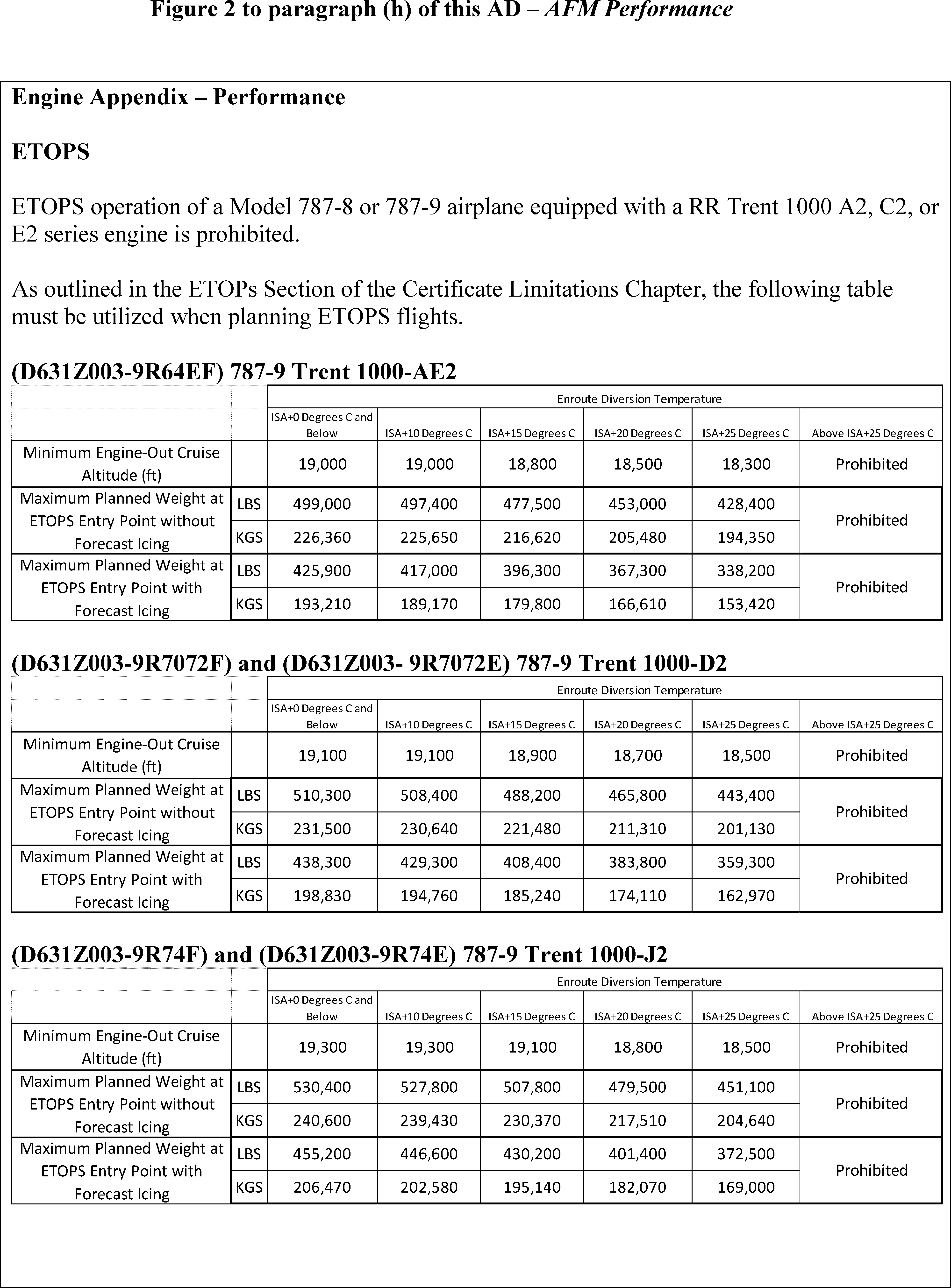 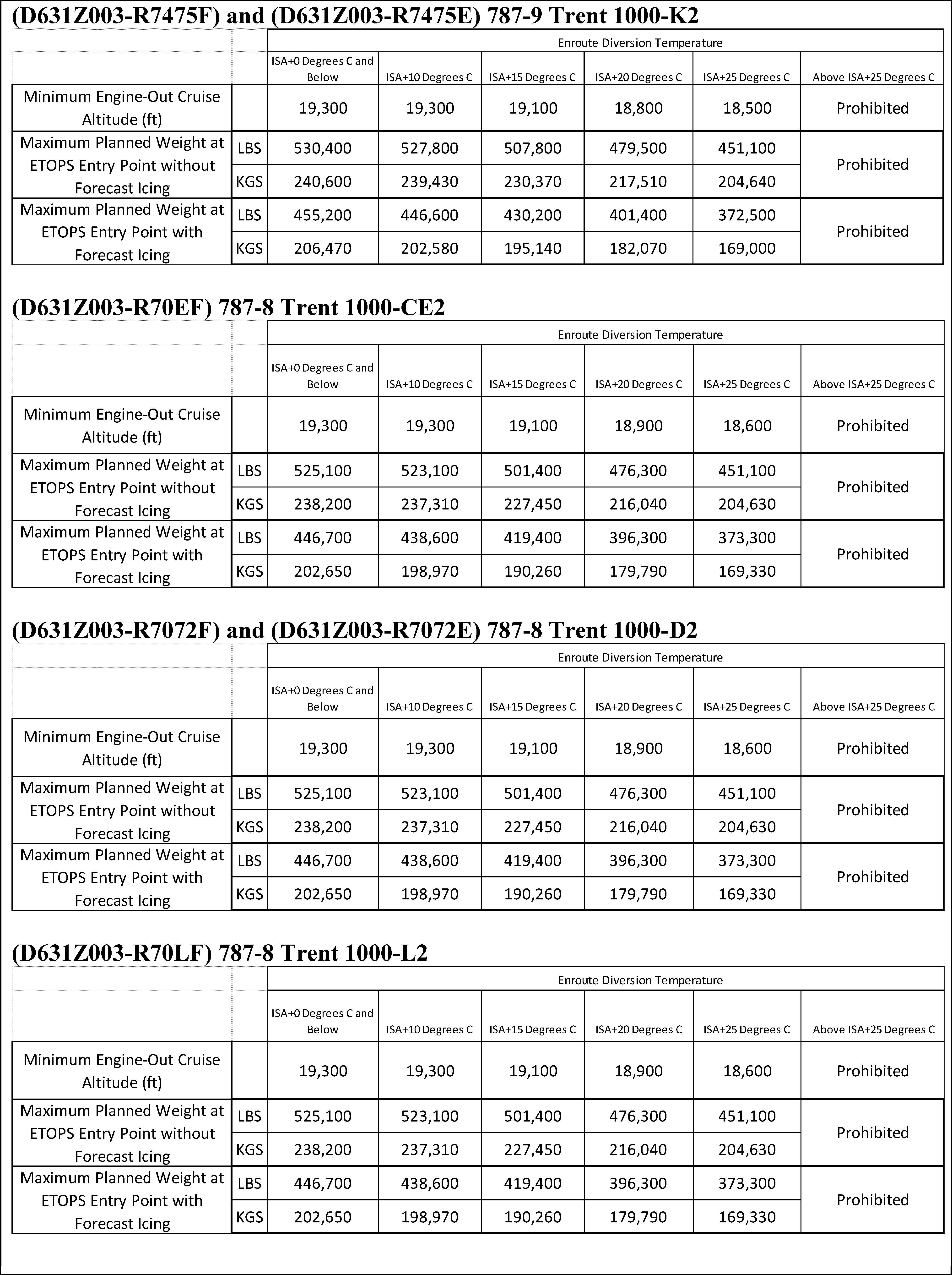 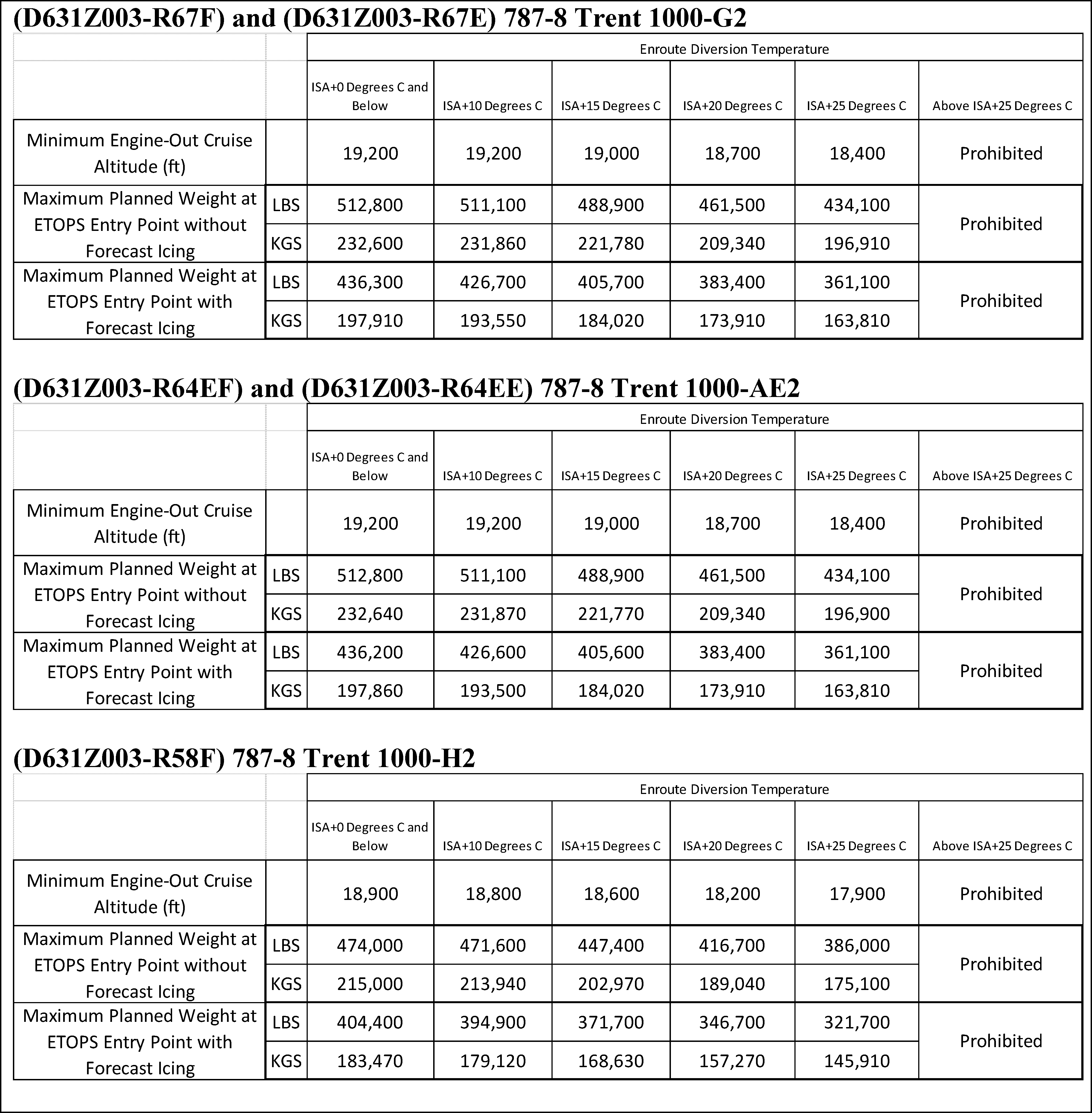 (i) Alternative Methods of Compliance (AMOCs)

(1) The Manager, Seattle ACO Branch, FAA, has the authority to approve AMOCs for this AD, if requested using the procedures found in 14 CFR 39.19. In accordance with 14 CFR 39.19, send your request to your principal inspector or local Flight Standards District Office, as appropriate. If sending information directly to the manager of the certification office, send it to the attention of the person identified in paragraph (j) of this AD. Information may be emailed to: 9-ANM-Seattle-ACO-AMOC-Requests@faa.gov.

(3) An AMOC that provides an acceptable level of safety may be used for any repair, modification, or alteration required by this AD if it is approved by the Boeing Commercial Airplanes Organization Designation Authorization (ODA) that has been authorized by the Manager, Seattle ACO Branch, to make those findings. To be approved, the repair method, modification deviation, or alteration deviation must meet the certification basis of the airplane, and the approval must specifically refer to this AD.