You may examine the AD docket on the internet at http://www.regulations.gov by searching for and locating Docket No. FAA-2018-0390; or in person at the Docket Management Facility between 9 a.m. and 5 p.m., Monday through Friday, except Federal holidays. The AD docket contains this NPRM, the regulatory evaluation, any comments received, and other information. The street address for the Docket Operations office (telephone 800-647-5527) is in the ADDRESSES section. Comments will be available in the AD docket shortly after receipt.

We invite you to send any written relevant data, views, or arguments about this proposal. Send your comments to an address listed under the ADDRESSES section. Include “Docket No. FAA-2018-0390; Product Identifier 2017-NM-130-AD” at the beginning of your comments. We specifically invite comments on the overall regulatory, economic, environmental, and energy aspects of this NPRM. We will consider all comments received by the closing date and may amend this NPRM based on those comments.

We will post all comments we receive, without change, to http://www.regulations.gov, including any personal information you provide. We will also post a report summarizing each substantive verbal contact we receive about this NPRM.

The European Aviation Safety Agency (EASA), which is the Technical Agent for the Member States of the European Union, has issued EASA Airworthiness Directive 2017-0145, dated August 31, 2017 (referred to after this as the Mandatory Continuing Airworthiness Information, or “the MCAI”), to correct an unsafe condition for all Airbus Model A300 series airplanes. The MCAI states:

Some airworthiness limitations previously defined in A300 ALS Part 1 have been removed from that document and should normally be included in an ALS Part 4. Airbus does not plan to issue an ALS Part 4 for A300 aeroplanes.

Nevertheless, failure to comply with these airworthiness limitations could result in an unsafe condition.

For the reason described above, it has been decided to require the application of these airworthiness limitations through a separate AD.

Since EASA AD 2013-0210 was issued, improvement of safe life component selection resulted, among others, in removal of 15 nose landing gear (NLG) parts from Revision 02 of A300 ALS Part 1.

Consequently, this [EASA] AD retains the requirements of EASA AD 2013-0210, which is superseded, and requires, in addition to the implementation of airworthiness limitations already contained in EASA AD 2013-0210, the implementation of airworthiness limitations applicable to NLG barrel assembly and shock absorber assembly, previously contained in Revision 01 of A300 ALS Part 1, as specified in Appendix 1 of this AD.

You may examine the MCAI in the AD docket on the internet at http://www.regulations.gov by searching for and locating Docket No. FAA-2018-0390.

This NPRM would not supersede AD 2014-16-13. Rather, we have determined that a stand-alone AD would be more appropriate to address the changes in the MCAI. This NPRM would require revising the maintenance or inspection program to incorporate the new maintenance requirements and airworthiness limitations. Accomplishment of the proposed actions would then terminate all requirements of AD 2014-16-13.

FAA's Determination and Requirements of This Proposed AD

This product has been approved by the aviation authority of another country, and is approved for operation in the United States. Pursuant to our bilateral agreement with the State of Design Authority, we have been notified of the unsafe condition described in the MCAI and service information referenced above. We are proposing this AD because we evaluated all pertinent information and determined an unsafe condition exists and is likely to exist or develop on other products of the same type designs.

This proposed AD requires revisions to certain operator maintenance documents to include new actions (e.g., inspections). Compliance with these actions is required by 14 CFR 91.403(c). For airplanes that have been previously modified, altered, or repaired in the areas addressed by this proposed AD, the operator may not be able to accomplish the actions described in the revisions. In this situation, to comply with 14 CFR 91.403(c), the operator must request approval for an alternative method of compliance according to paragraph (j)(1) of this proposed AD. The request should include a description of changes to the required inspections that will ensure the continued operational safety of the airplane.

Differences Between This Proposed AD and the MCAI or Service Information

The MCAI specifies that if there are findings from the airworthiness limitations section (ALS) inspection tasks, corrective actions must be accomplished in accordance with Airbus maintenance documentation. However, this proposed AD does not include that requirement. Operators of U.S.-registered airplanes are required by general airworthiness and operational regulations to perform maintenance using methods that are acceptable to the FAA. We consider those methods to be adequate to address any corrective actions necessitated by the findings of ALS inspections required by this proposed AD.

We estimate that this proposed AD affects 5 airplanes of U.S. registry.

We estimate the following costs to comply with this proposed AD:Start Printed Page 21957

We have determined that revising the maintenance or inspection program takes an average of 90 work-hours per operator, although we recognize that this number may vary from operator to operator. In the past, we have estimated that this action takes 1 work-hour per airplane. Since operators incorporate maintenance or inspection program changes for their affected fleet(s), we have determined that a per-operator estimate is more accurate than a per-airplane estimate. Therefore, we estimate the total cost per operator to be $7,650 (90 work-hours × $85 per work-hour).

This proposed AD is issued in accordance with authority delegated by the Executive Director, Aircraft Certification Service, as authorized by FAA Order 8000.51C. In accordance with that order, issuance of ADs is normally a function of the Compliance and Airworthiness Division, but during this transition period, the Executive Director has delegated the authority to issue ADs applicable to transport category airplanes to the Director of the System Oversight Division.

For the reasons discussed above, I certify this proposed regulation:

1. Is not a “significant regulatory action” under Executive Order 12866;

3. Will not affect intrastate aviation in Alaska; and

4. Will not have a significant economic impact, positive or negative, on a substantial number of small entities under the criteria of the Regulatory Flexibility Act.

(a) Comments Due Date

This AD was prompted by a revision of an airworthiness limitation items (ALI) document. We are issuing this AD to prevent reduced structural integrity of the airplane and possible loss of controllability of the airplane. 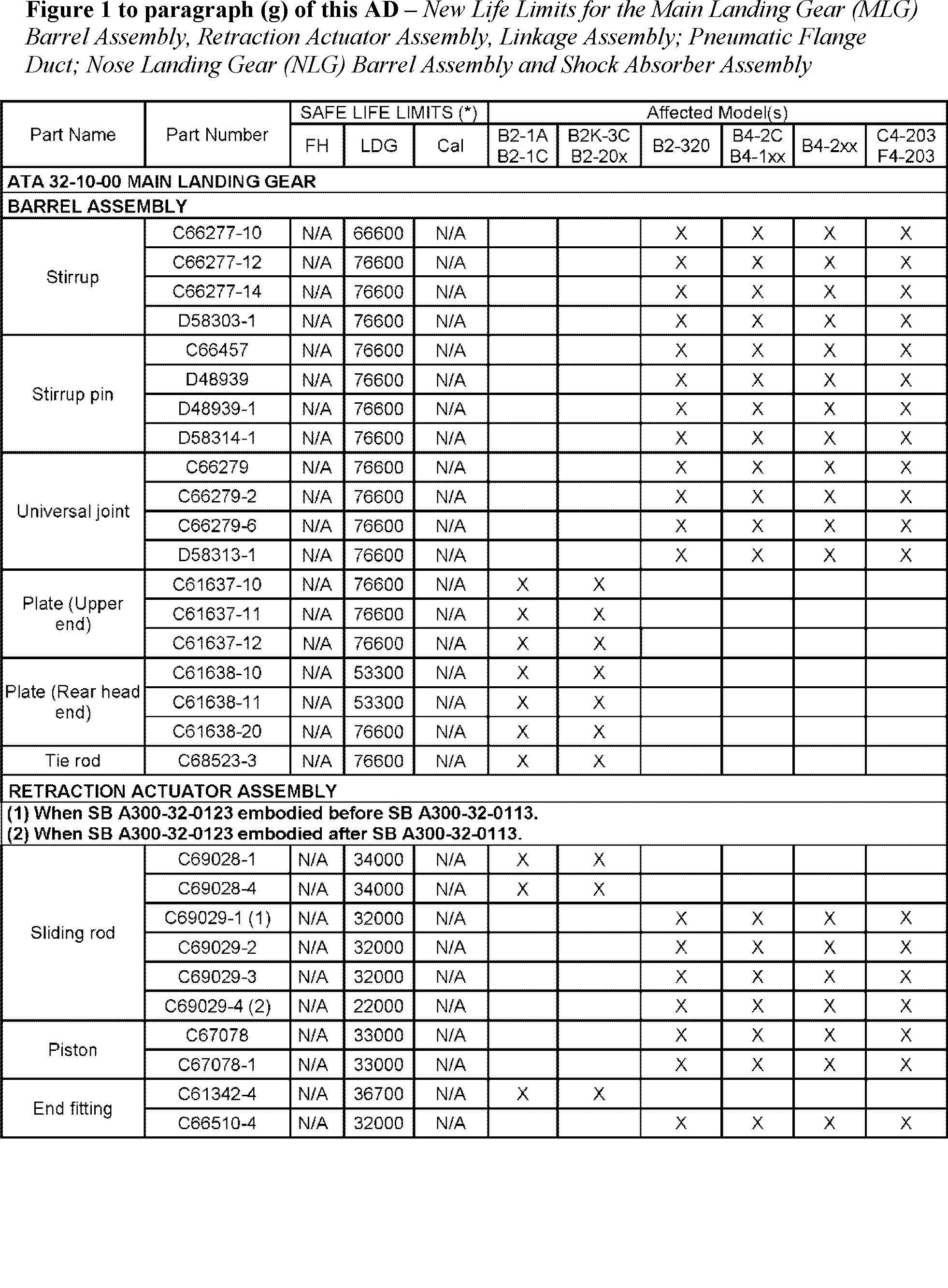 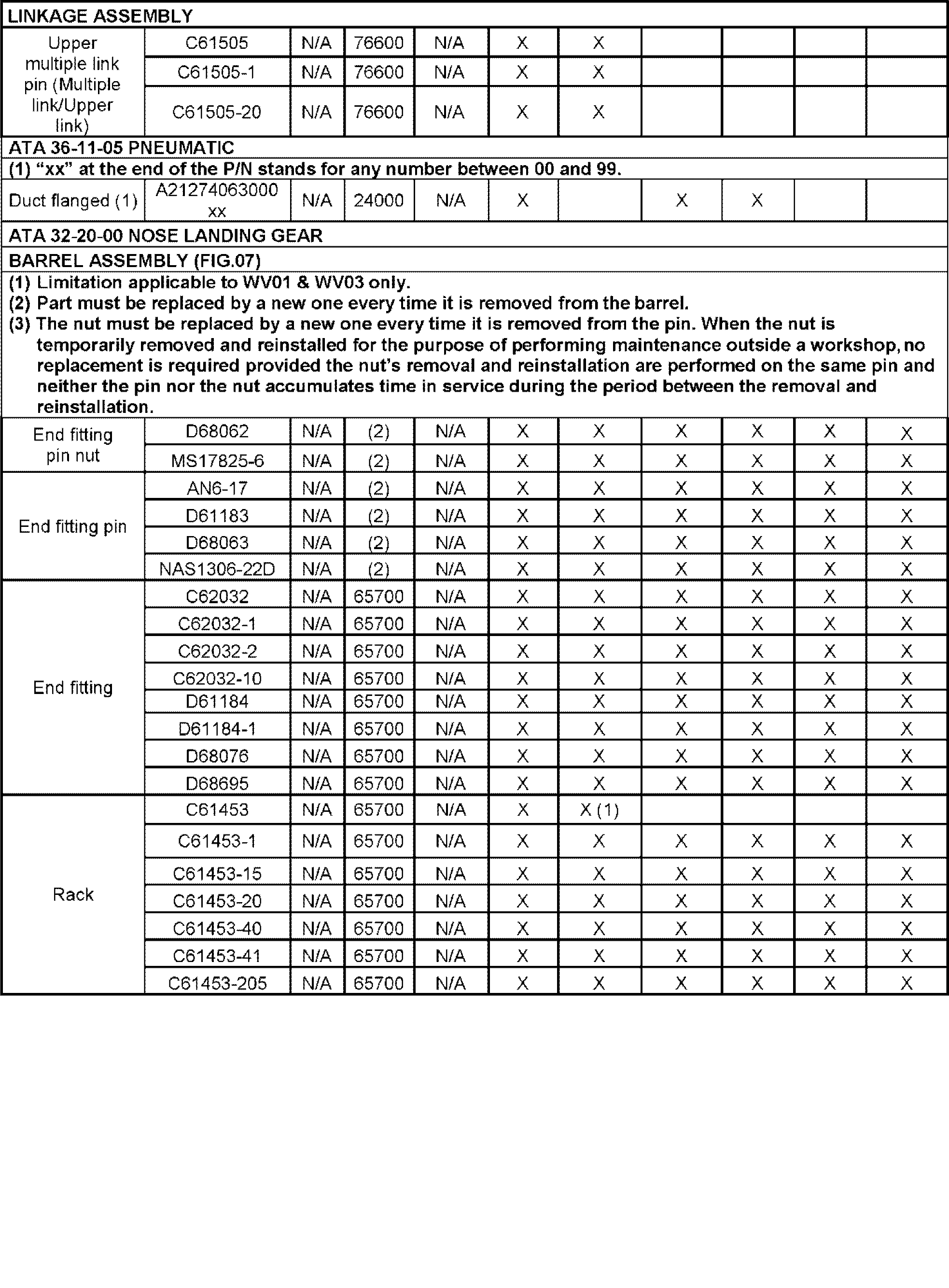 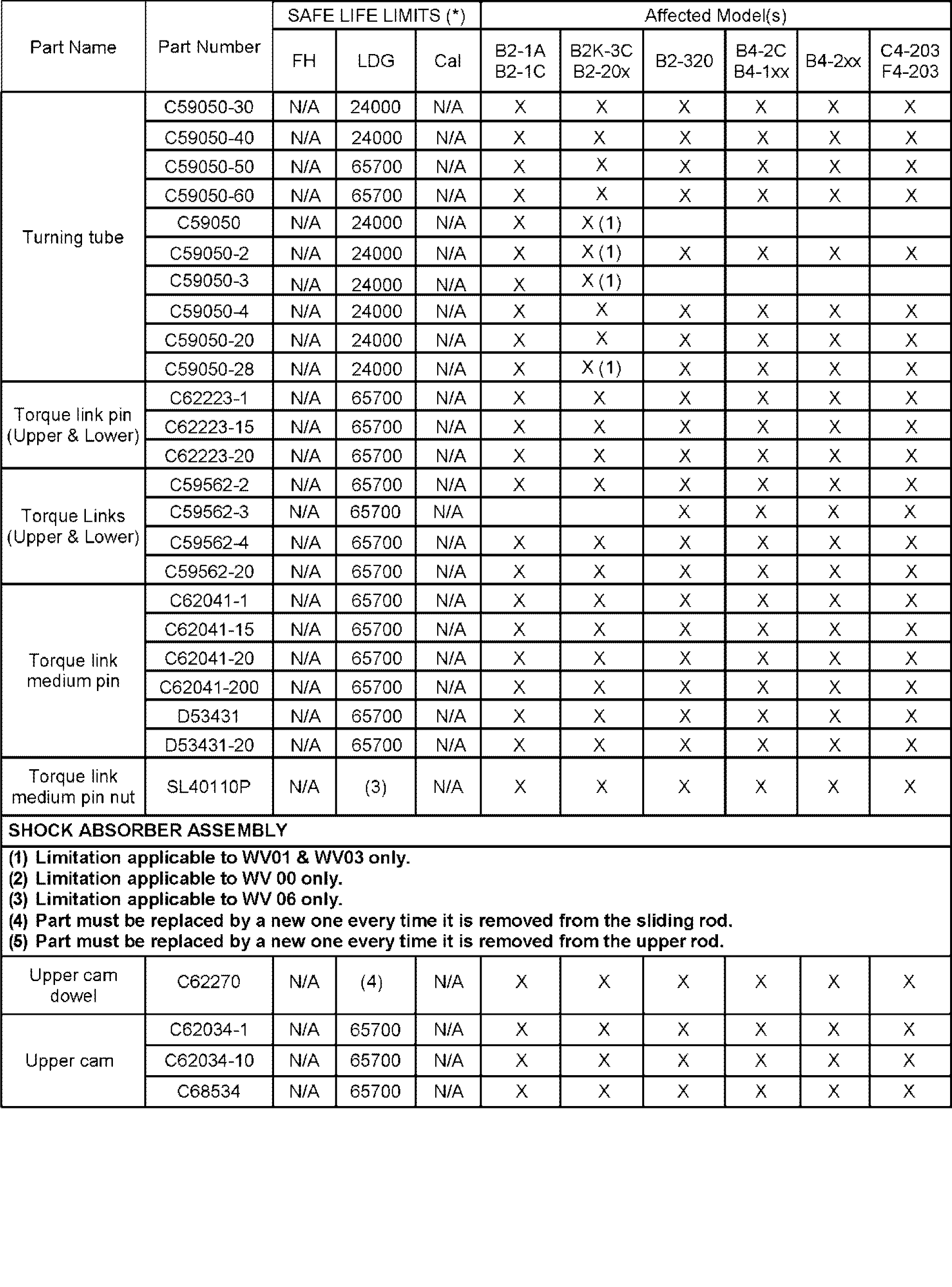 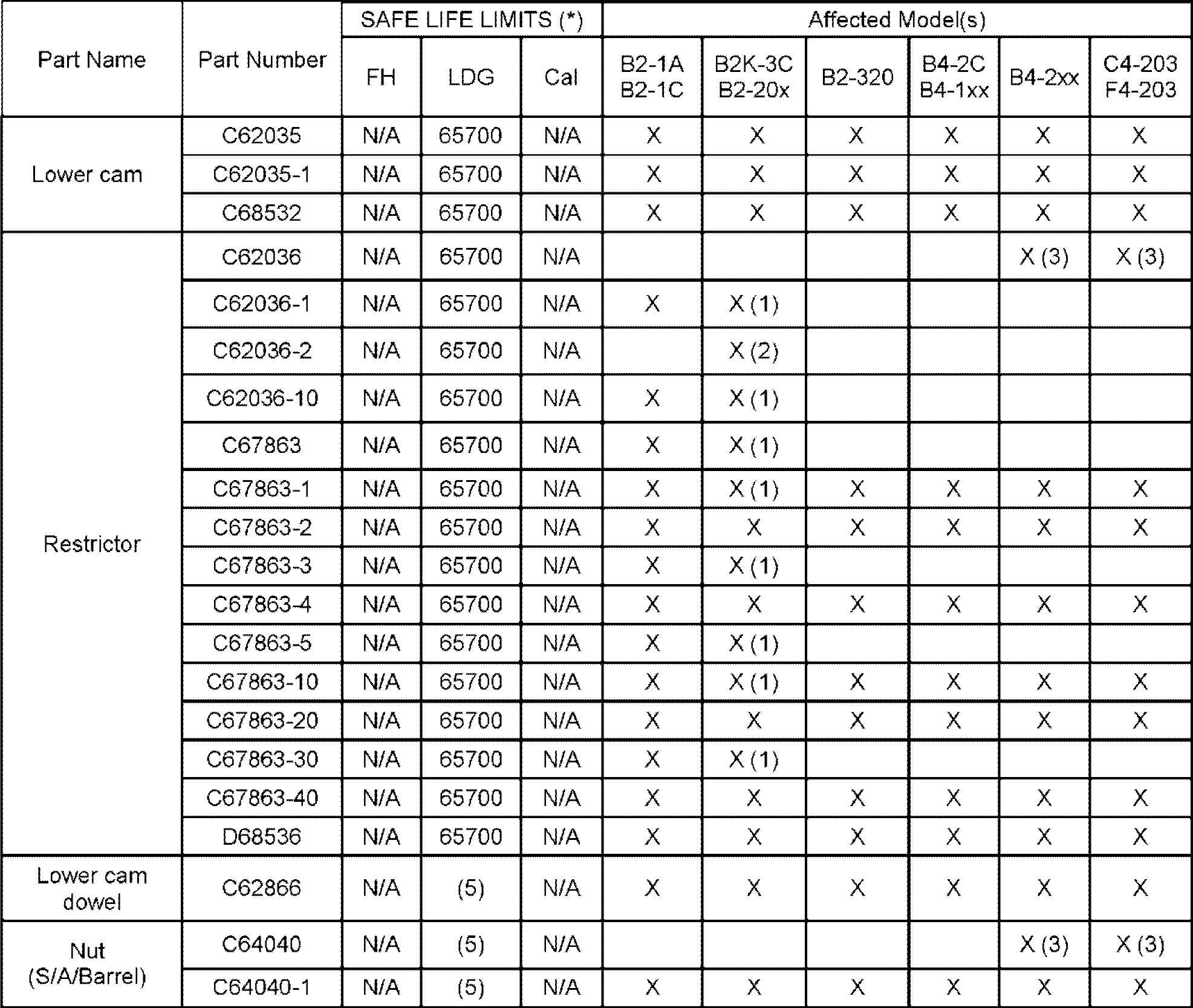 (h) No Alternative Actions or Intervals

Accomplishing the actions required by this AD terminates all requirements of AD 2014-16-13.

The following provisions also apply to this AD:

(1) Alternative Methods of Compliance (AMOCs): The Manager, International Section, Transport Standards Branch, FAA, has the authority to approve AMOCs for this AD, if requested using the procedures found in 14 CFR 39.19. In accordance with 14 CFR 39.19, send your request to your principal inspector or local Flight Standards District Office, as appropriate. If sending information directly to the International Section, send it to the attention of the person identified in paragraph (k)(2) of this AD. Information may be emailed to: 9-ANM-116-AMOC-REQUESTS@faa.gov. Before using any approved AMOC, notify your appropriate principal inspector, or lacking a principal inspector, the manager of the local flight standards district office/certificate holding district office.

(2) Contacting the Manufacturer: For any requirement in this AD to obtain corrective actions from a manufacturer, the action must be accomplished using a method approved by the Manager, International Section, Transport Standards Branch, FAA; or the European Aviation Safety Agency (EASA); or Airbus's EASA Design Organization Approval (DOA). If approved by the DOA, the approval must include the DOA-authorized signature.

(1) Refer to Mandatory Continuing Airworthiness Information (MCAI) EASA Airworthiness Directive 2017-0145, dated August 31, 2017, for related information. This MCAI may be found in the AD docket on the internet at http://www.regulations.gov by searching for and locating Docket No. FAA-2018-0390.