The Assistant Regional Administrator for Sustainable Fisheries, Greater Atlantic Region, NMFS, has made a preliminary determination that an Exempted Fishing Permit application contains all of the required information and warrants further consideration. This Exempted Fishing Permit would allow eight commercial fishing vessels to participate in a beam trawl survey in and around the South Fork Wind Farm work area, under the direction of the Commercial Fisheries Research Foundation. Regulations under the Magnuson-Stevens Fishery Conservation and Management Act require publication of this notice to provide interested parties the opportunity to comment on Exempted Fishing Permit applications.

Comments must be received on or before October 1, 2020.

You may submit written comments by either of the following methods:

Under this EFP, CFRF would conduct up to 24 1-day survey trips September 2020 through July 2022 (1 trip per month). Prior to the first survey trip, researchers would conduct a scouting trip to visit proposed tow areas. During each survey trip, participating vessels would complete three tows in each of three sampling areas in Southern New England: One sampling area inside the South Fork Wind Farm work area southwest of Martha's Vineyard (Figure 1), and two reference sampling areas adjacent to the South Fork Wind Farm work area. This would total 9 tows completed per month, and 216 tows completed under the EFP. Surveys would not occur in any areas that are closed to fishing. 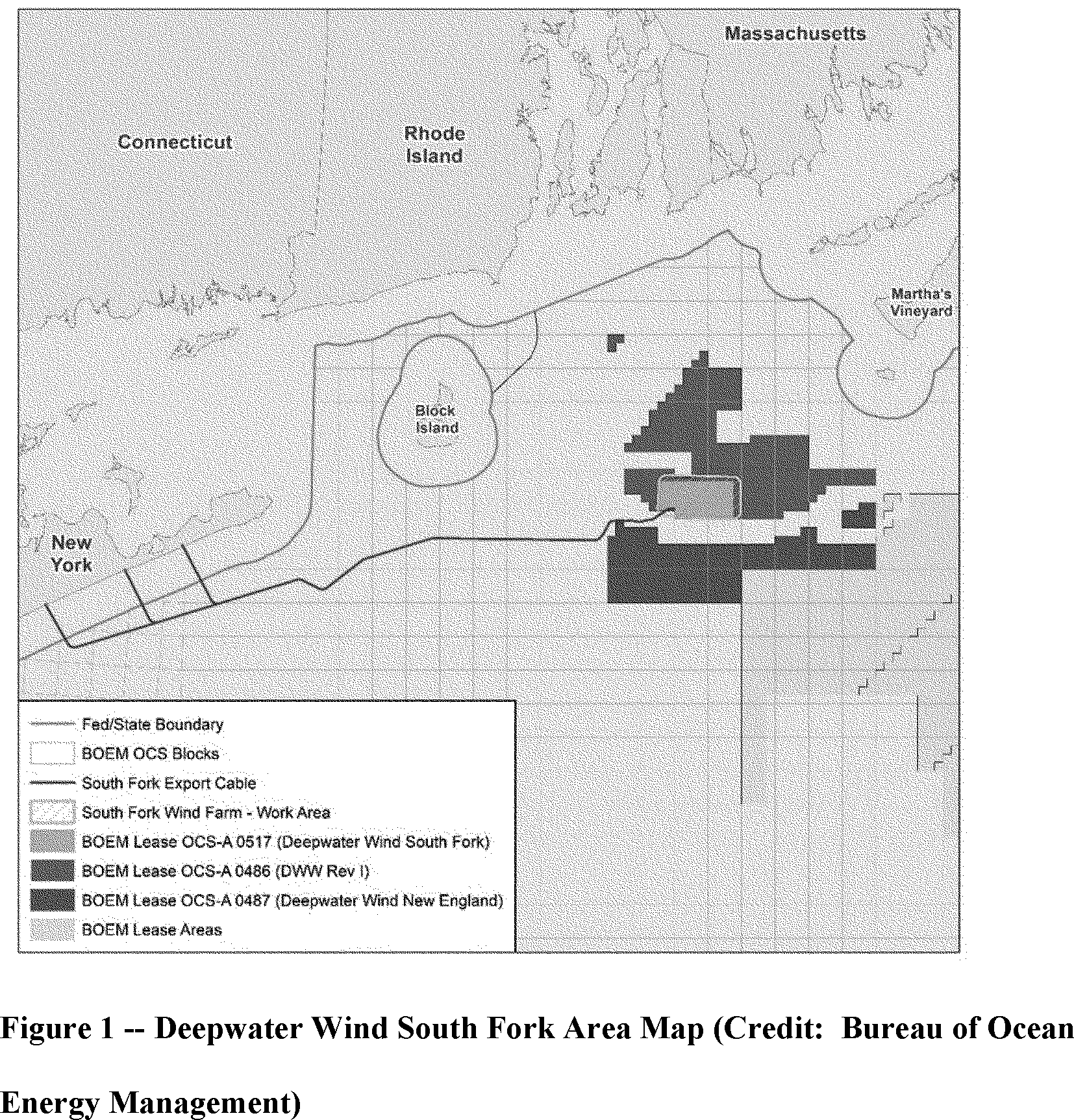 Participating vessels would complete all survey tows using a 3-m beam trawl with a 4.75-inch (12.06-cm) mesh codend and a 1-inch (2.54-cm) knotless codend liner. The mouth of the trawl would be equipped with rock chains to prevent larger rocks from entering the net and damaging the catch or the gear. Each survey tow would last for 20 minutes in duration once the gear is fully deployed.

A sampling team consisting of a lead Research Biologist and an assistant sea sampler would direct sampling activities on all survey trips. The sampling team would collect hydrographic data (water temperature, dissolved oxygen concentration, and salinity) for near-surface and near-bottom waters at the end of each sampling string. Visual observations on sea state and weather conditions would also be recorded during each sampling session.

After each survey tow, researchers would collect data on:

After each tow, researchers would sort catch by species, and all individuals would be counted. In order to minimize mortality, any protected species interactions would be prioritized during catch sorting and processing. Researchers would measure up to 50 individuals of each species per tow, as well as all protected species. Stomach content analysis will be performed for up to 5 individuals of commercially-important species (monkfish, winter skate, gadids, and black sea bass), or up Start Printed Page 57835to 10 total individuals per tow, to determine pre-construction prey composition. Each individual would be measured and weighed to assess relative condition before the stomach is removed. All prey items in the stomach would be identified to the lowest possible identification level, counted, and weighed. Otoliths would be collected from all fish that are sacrificed for biological sampling. Researchers would take photographs of all species encountered in each tow for verification purposes.

Estimated catch of federally regulated species under this EFP is shown in Table 1. Catch estimates were derived based on survey data from a previous beam trawl survey to evaluate demersal fish and invertebrate communities in and around the South Fork Wind Farm. Researchers do not anticipate catching any Atlantic cod under this EFP. However, if cod is caught, each individual would be assessed for reproductive stage and spawning condition, and all cod would be sacrificed for biological sampling. No catch would be landed for sale under this EFP, and all individuals (except those sacrificed for biological sampling) would be returned to the water after being processed.

If approved, the applicant may request minor modifications and extensions to the EFP throughout the year. EFP modifications and extensions may be granted without further notice if they are deemed essential to facilitate completion of the proposed research and have minimal impacts that do not change the scope or impact of the initially approved EFP request. Any fishing activity conducted outside the scope of the exempted fishing activity would be prohibited.