Endangered and Threatened Wildlife and Plants; Revision of the Critical Habitat Designation for the Jaguar in Compliance With a Court Order

We, the U.S. Fish and Wildlife Service (Service), are issuing this final rule to comply with a court order to vacate Unit 6 and the New Mexico portion of Unit 5 from the March 5, 2014, final rule designating approximately 764,207 acres (309,263 hectares) of land in New Mexico and Arizona as critical habitat for the jaguar (Panthera onca) under the Endangered Species Act of 1973, as amended (Act). In compliance with the court order, this final rule removes approximately 110,438 acres (44,693 hectares) of land within New Mexico from the designation of critical habitat for the jaguar.

This rule is effective July 22, 2021. However, the court order had legal effect immediately upon being filed on January 27, 2021.

On May 20, 2015, the New Mexico Farm & Livestock Bureau, New Mexico Cattlegrowers' Association, and New Mexico Federal Lands Council filed a lawsuit challenging the March 5, 2014, final rule's designation of Unit 6 and the portions of Unit 5 in New Mexico, and seeking declaratory judgment and injunctive relief. On October 25, 2017, the district court denied plaintiffs' petition for injunctive relief and affirmed the Service's decision.

This rulemaking is necessary to comply with the January 27, 2021, court order. Therefore, under these circumstances, the Service Director (Director) has determined, pursuant to 5 U.S.C. 553(b)(3)(B), that prior notice and opportunity for public comment are impracticable and unnecessary. Because the court order had legal effect immediately upon being filed on January 27, 2021, the Director has further determined, pursuant to 5 U.S.C. 553(d)(3), that the agency has good cause to make this rule effective immediately upon publication.

Effects of the Rule

This rule is an administrative action to remove approximately 110,438 acres (44,693 hectares) of land within New Mexico from the jaguar's critical habitat designation at 50 CFR 17.95(a).

Accordingly, for the reasons given in the preamble, we amend part 17, subchapter B of chapter I, title 50 of the Code of Federal Regulations, as set forth below.

1. The authority citation for part 17 continues to read as follows:

a. Removing the words “and Hidalgo County, New Mexico,” in paragraph (1); and

The revisions read as follows: 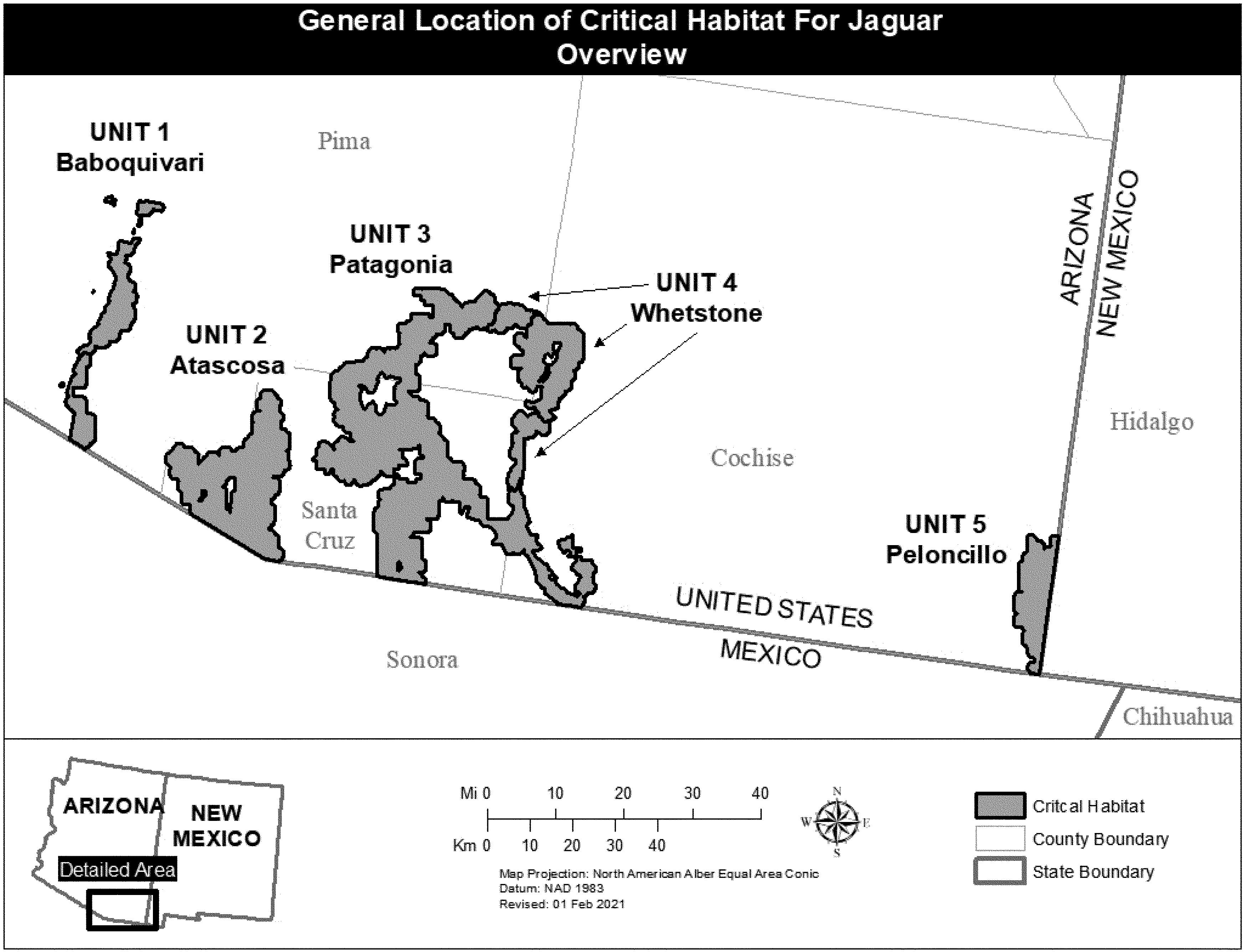 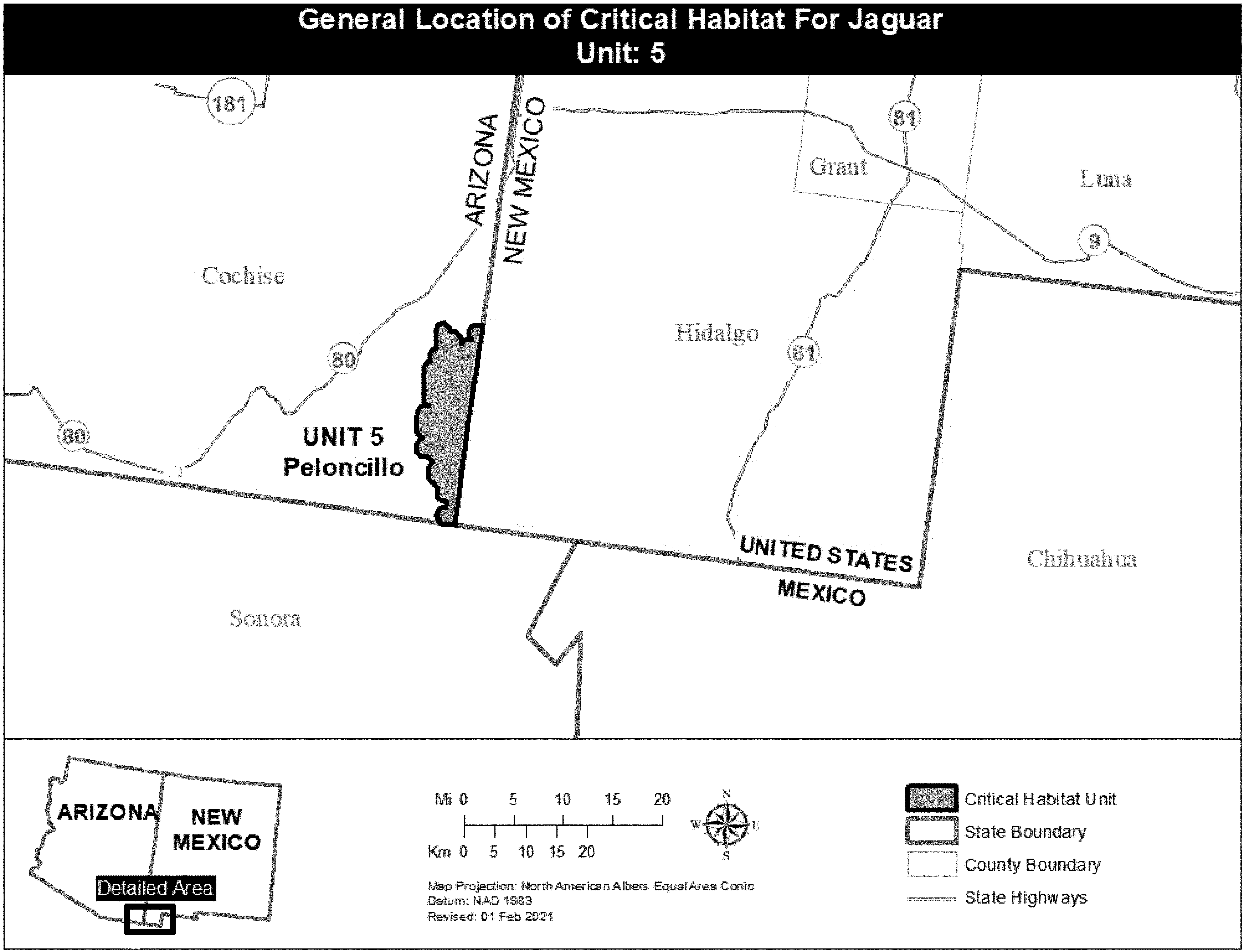